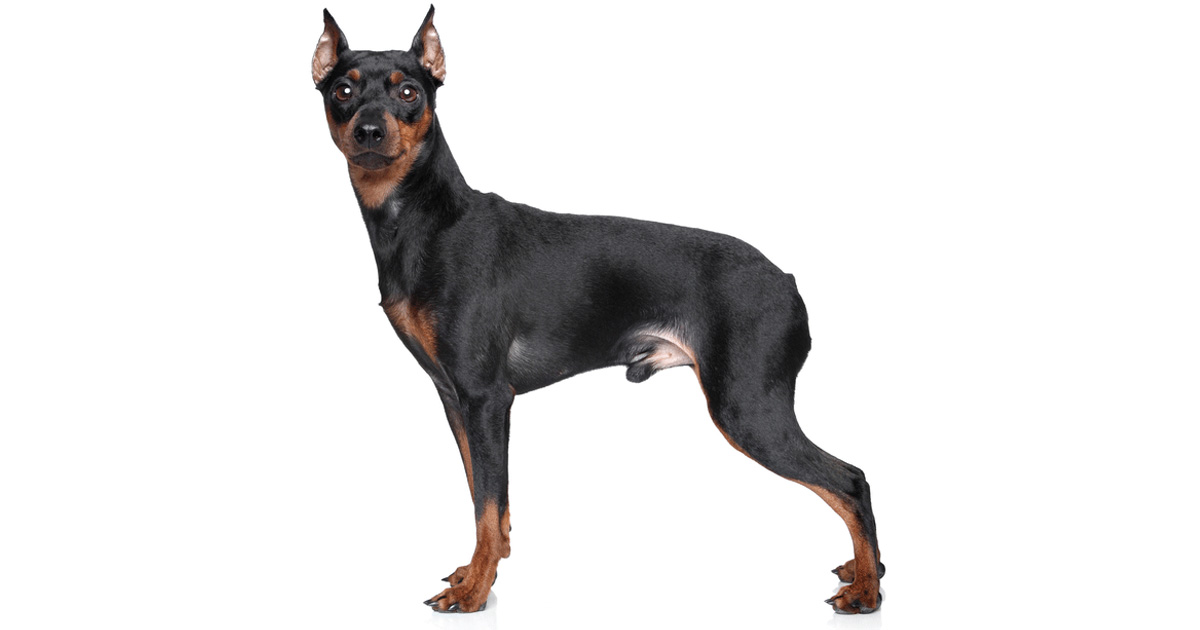 The misconception that the miniature pinscher is a "miniature Doberman" occurred because the Doberman Pinscher (a breed developed by Karl Friedrich Louis Dobermann around 1890) was introduced to the US before the miniature pinscher. In 1919 the miniature pinscher was introduced to the AKC show ring. At the time, not knowing that it was referred to officially in Germany as the zwergpinscher (little biter), the AKC referred to the breed as simply "pinscher" and listed it in the miscellaneous category. When the Miniature Pinscher Club of America (MPCA) was created in 1929 (the year of the breed's official introduction into the AKC), they petitioned for miniature pinschers to be placed in the Toy group. The AKC's description, that the dog "must appear as a Doberman in miniature", led to the misconception common today that this breed is a "miniature Doberman pinscher". The original name for this breed in the US was "pinscher" until 1972 when the name was officially changed to miniature pinscher.

Historical artifacts and paintings indicate that the "min pin" is a very old breed, but factual documentation begins less than 200 years ago, which leaves the breed's actual origins open to debate. There is a drawing by Jean Bungartz, published in 1888 comparing the Miniature Pinscher to the German Pinscher.

Miniature pinschers are for experienced dog owners. The miniature pinscher is an assertive, outgoing, active and independent breed. They are energetic and need a fenced in yard to run in, and make great agility dogs. They are great escape artists and some recommend having a kennel with a lid on it for them to run around in.

Miniature pinschers are good watch dogs - they are alert and wary of strangers. It is recommended that adults and teenagers, rather than young children, play with a miniature pinscher as younger children play rough.

Grooming is easy, as the smooth, short-haired coat requires little attention, needing only occasional brushing and shampooing. Care must be taken in cold weather. Sweaters or baby blankets for a miniature pinscher keep it from getting too cold. Miniature pinschers are an active breed and will need access to a fenced yard, or be given a daily walk.

Dogs
Palana Kennels - We are a show kennel that was established in 1986. We are ... read more
Adelaide, SA
Rubystud Miniature Pinscher, Miniature Dachshund and Boston Terriers - Tamworth, NSW

Dogs
Silverino puppies have been socialised with other dogs and cats and have very ... read more
NSW