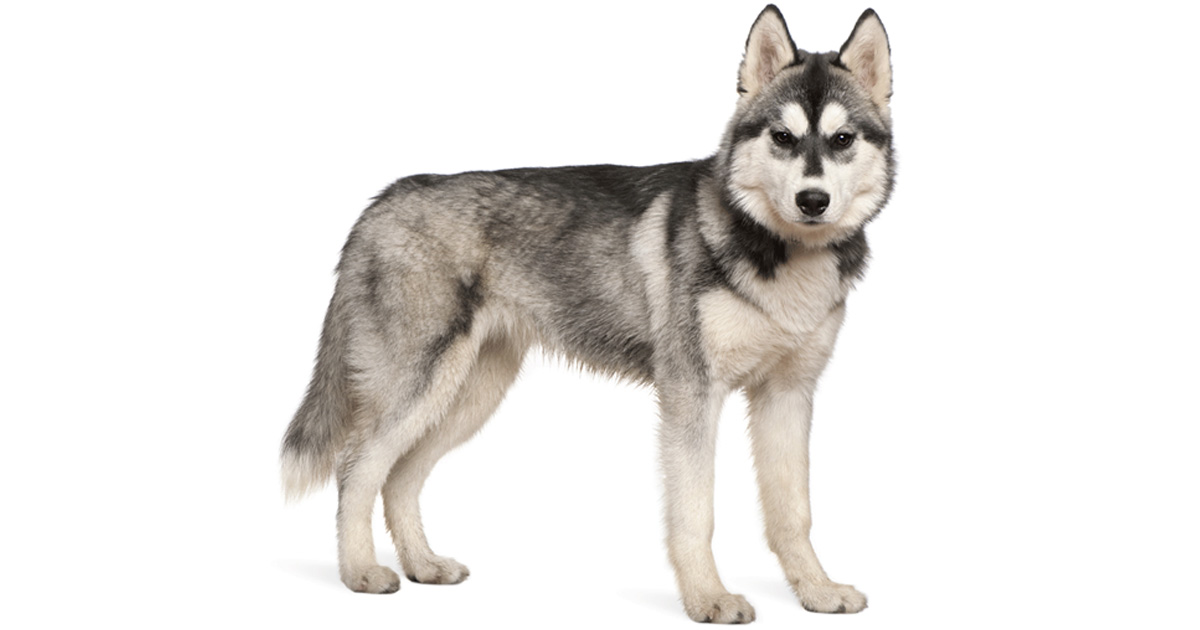 The Siberian Husky is a medium-size, dense-coat working dog breed that originated in north-eastern Siberia. The breed belongs to the Spitz genetic family. It is recognizable by its thickly furred double coat, sickle tail, erect triangular ears, and distinctive markings.

Huskies are an active, energetic, and resilient breed whose ancestors came from the extremely cold and harsh environment of the Siberian Arctic. Siberian Huskies were bred by the Chukchi of Northeastern Asia to pull heavy loads long distances through difficult conditions. The dogs were imported into Alaska during the Nome Gold Rush and later spread into the United States and Canada. They were initially sent to Alaska and Canada as sled dogs but rapidly acquired the status of family pets and show dogs. Because of their efficiency as a working breed, most huskies are bred to be able to withstand long work days on little amounts of food. They can travel up to 40 miles per day.

Siberian Huskies are highly intelligent, which allows them to excel in obedience trials, though many clubs would like to keep the Husky's instinct by doing sled-racing. However, because of their intelligence, they can easily become bored and may stop listening to commands. Many dog trainers usually attempt to avoid this behavior by keeping them busy with new activities. Also due in part to their intelligence, Siberian Huskies tend to be very observant of the actions of people around them and have been known to mimic common household activities such as turning on lights with their paws and opening doors with their teeth. Some undesirable behaviors they can exhibit include opening refrigerators (and eating the food inside), climbing fences or digging tunnels in the backyard to escape. These behaviors can be prevented if the dog is given enough activity to occupy it. Huskies require both mental and physical stimulation for optimum health.

The Siberian Husky's coat is thicker than most other dog breeds, comprising two layers: a dense undercoat and a longer topcoat of short, straight guard hairs. It protects the dogs effectively against harsh Arctic winters, but the coat also reflects heat in the summer. It is able to withstand temperatures as low as -50 to -60 °C. The undercoat is often absent during shedding. Their thick coats require weekly grooming. In hot areas a husky's coat can naturally change so the dog can adapt to hot temperatures.

Dogs
We are a small Kennel based on the North West Coast of Tasmania, in the quiet ... read more
TAS
Articpride Siberians - Siberian Husky Breeder - Hunter Valley, NSW

Dogs
We are a small kennel in South East Melbourne and have been passionate about ... read more
VIC
Ukeevea - Siberian Husky Breeder - Brisbane, Qld