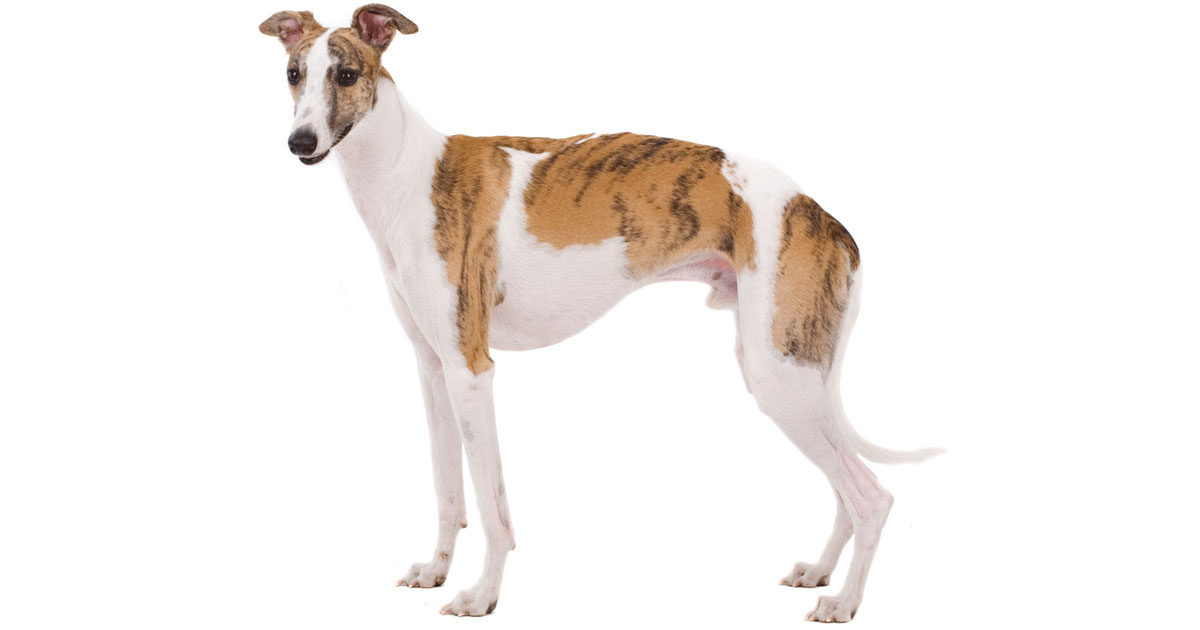 The Whippet (also English Whippet or Snap dog) is a breed of medium-sized dog. They are a sighthound breed that originated in England, where they descended from greyhounds. Whippets today still strongly resemble a smaller greyhound. Shown in the Hound group, Whippets have relatively few health problems other than arrhythmia. Whippets also participate in dog sports such as lure coursing, agility, and flyball.

Whippets were originally greyhounds that were deemed unsuitable for hunting because of their size. They were returned to their peasant breeders after being maimed so that they could not be used to hunt and break the Forest law. These maimed dogs were bred together and used to catch rats, and hunt rabbits. When the Forest law was repealed, these "miniature greyhounds" became popular in the sport of dog racing. This has led to Whippets being described as "the poor man's racehorse." They are still frequently used as racing dogs today, as they have the highest running speed of breeds their weight: 35 miles per hour (56 km/h).

Whippets are quiet, intelligent, and not prone to barking, but require regular exercise. They are generally gentle dogs, and may be content to spend much of the day resting. The AKC describes them as "quiet and dignified in their owner's living room" and says they make "excellent house dogs."

Despite being bred for racing, Whippets are couch potatoes. When they aren't running around, they're usually asleep. They aren't prone to fighting, but have been known to chase small pets, and have a tendency to get up on furniture. Whippets are touch sensitive, meaning that they tend to jump or overreact when touched unexpectedly.

Whippets are the fastest dog of their weight, capable of achieving speeds of 35 miles per hour (56 km/h). This is due to their unique way of running, which is referred to as a double suspension gallop. This gait results in four of the dog's legs being off the ground twice in each stride, once when the legs are completely extended and again when they are tucked under the body.

Racing was originally an extension of hare coursing, with whippets first being bred to race in the mid-nineteenth century. The first form of the sport was a rudimentary form of coursing known as 'ragging', and dogs who participated were said to be 'trained to the rag'. Dogs were kept on a leash by a person known as a slip, who was frequently also the race judge. The slip would release the dogs from their collars at the same time, and they would race towards their owners, who were standing at the opposite end of the track waving towels.

Dogs
We have been breeding and showing since 1995, for dogs that can perform the ... read more
VIC
Parnew - Whippet Breeder - Launceston, TAS