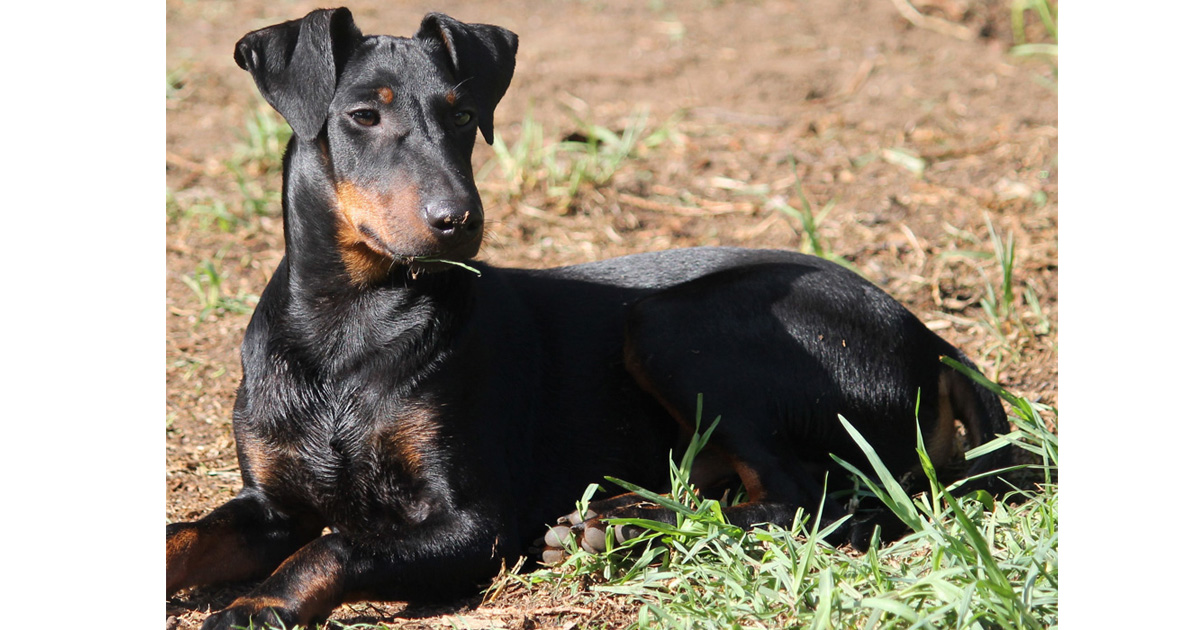 The Manchester Terrier is a breed of dog of the smooth-haired terrier type.

Manchester Terriers are considered by most to be the oldest of all identifiable terrier breeds, finding mention in works dating from as early as the 16th century. In 1570 Dr. Caius (Encyclopedia of Dogs) gives mention to the 'Black and Tan Terrier,' though he referred to a rougher coated, shorter legged dog than we are now accustomed to.

By the early 19th century, a closer facsimile to the current Manchester Terrier had evolved. In The Dog in Health and Disease by J. A. Walsh, a full chapter was devoted to the Black and Tan, for the first time recognising it as an established breed. The description given by Walsh is still relevant: Smooth haired, long tapering nose, narrow flat skull, eyes small and bright, chest rather deep than wide, only true colour black and tan.

This breed has maintained consistency in type and appearance for nearly two centuries (at the very least).

In its native England, The Kennel Club recognises the Manchester Terrier in the Terrier Group and the closely related English Toy Terrier (Black and Tan) in the Toy Group.