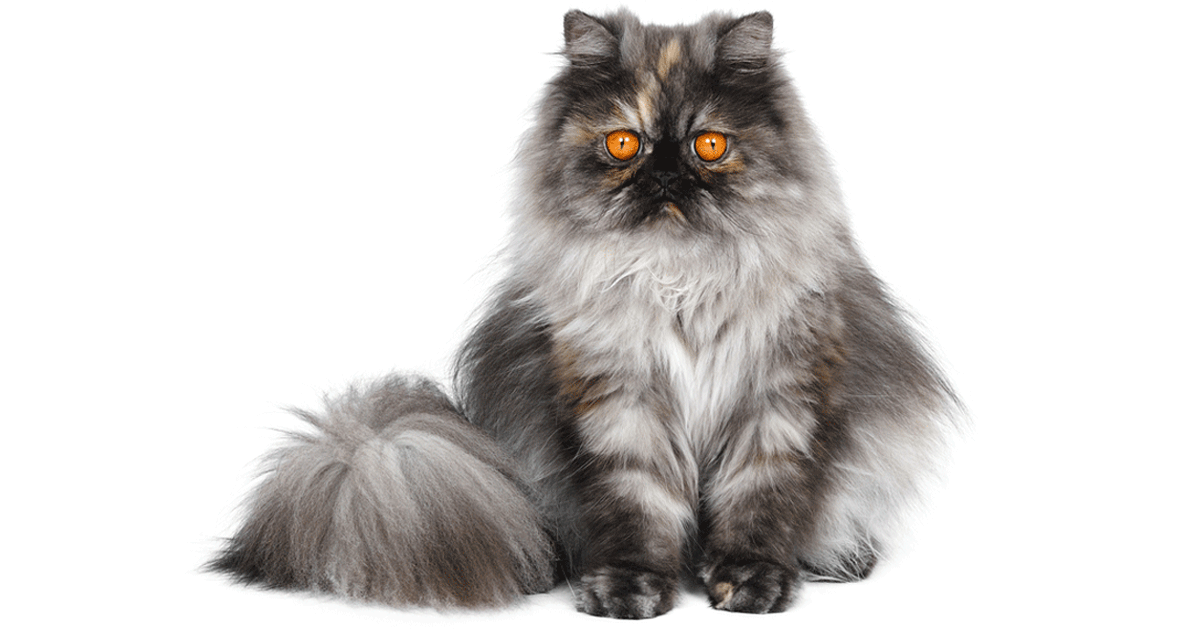 The Persian is a long-haired breed of cat characterized by its round face and shortened muzzle. Its name refers to Persia, the former name of Iran, where similar cats are found. Recognized by the cat fancy since the late 19th century, it was developed first by the English, and then mainly by American breeders after the Second World War. In Britain, it is called the Longhair or Persian Longhair. The selective breeding carried out by breeders has allowed the development of a wide variety of coat colors, but has also led to the creation of increasingly flat-faced Persians. Favored by fanciers, this head structure can bring with it a number of health problems. As is the case with the Siamese breed, there have been efforts by some breeders to preserve the older type of cat, the traditional breed, having a more pronounced muzzle, which is more popular with the general public. Hereditary polycystic kidney disease is prevalent in the breed, affecting almost half the population in some countries.

The placid and unpretentious nature of the Persian confers a propensity for apartment living. It has been the most popular breed in the United States for many years but its popularity has seen a decline in Britain and France.

A show-quality Persian has an extremely long and thick coat, short legs, a wide head with the ears set far apart, large eyes, and an extremely shortened muzzle. The breed was originally established with a short muzzle, but over time, this characteristic has become extremely exaggerated, particularly in North America. Persian cats can have any color or markings including pointed, golden, tortoiseshell, blue, and tabby.

The Persian is generally described as a quiet cat. Typically placid in nature, it adapts quite well to apartment life. Himalayans tend to be more active due to the influence of the Siamese. One study compared cat owners' perception of their cats and Persians rated higher than non-pedigree cats on closeness and affection to owners, friendliness towards strangers, cleanliness, predictability, vocalization and fussiness over food.

Since Persian cats have long, thick dense fur that they cannot effectively keep clean, they need regular grooming to prevent matting. To keep their fur in its best condition, they must be bathed regularly, dried carefully afterwards, and brushed thoroughly every day. An alternative is to shave the coat. Their eyes may require regular cleaning to prevent crust buildup and tear staining.

Check our listings for Kittens for sale here and click on the links to our breeders below to go to their profile page.  You can also click here to search for Registered Persian Breeders by location.

Cats
Persian breeder, Vans and Bi-colours. We are a small cattery only having 1 or ... read more
Sydney, NSW
Delmont - Persians and Exotic Cat Breeder - Adelaide, SA

Cats
All Breeding studs and Queens are DNA PKD TESTED and are all Negative.