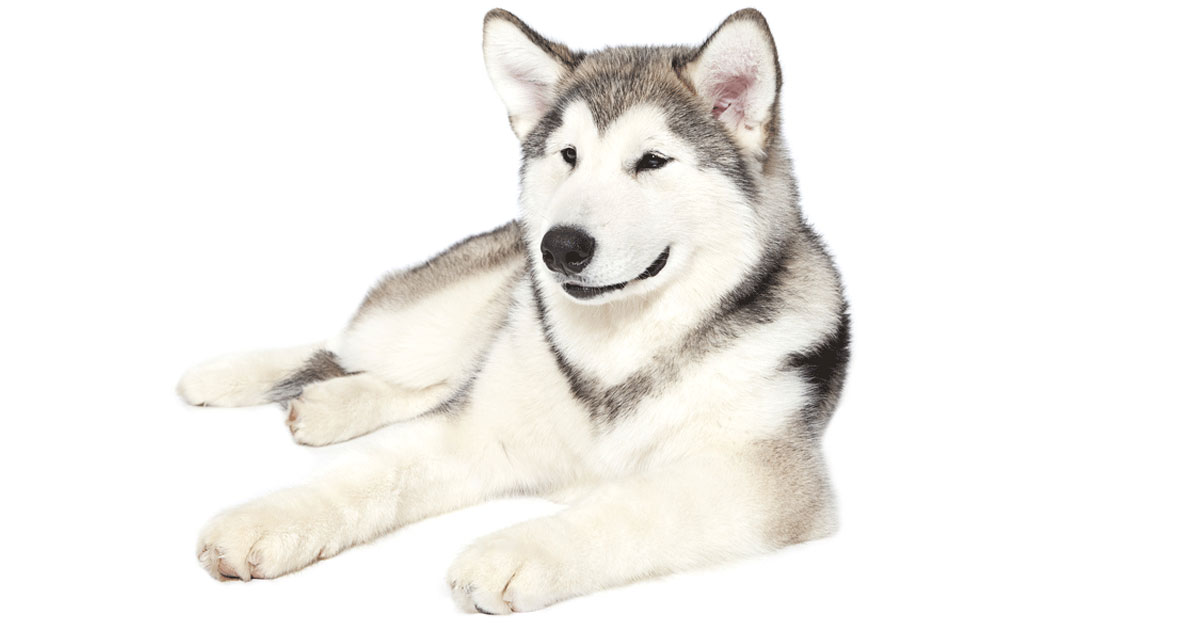 The Alaskan Malamute is a large dog originally bred for use hauling heavy freight because of their strength and endurance. They are related to other arctic breeds, like the Samoyed, the American Eskimo, and the Siberian Husky. It is one of the few ancient dog breeds still in existence in the world today.

Alaskan Malamutes are still in use as sled dogs for personal travel, hauling freight, or helping move light objects; some however are used for the recreational pursuit of sledding, also known as mushing, as well as for skijoring, bikejoring, carting, and canicross. However, most Malamutes today are kept as family pets or as show or performance dogs in weight pulling, dog agility, or packing. Malamutes are generally slower in long-distance dogsled racing against smaller and faster breeds and their working usefulness is limited to freighting or traveling over long distances at a far slower rate than that required for racing. They are also very smart animals, though they can be hard to train.

The Malamute retains more of its original form and function than many other modern breeds, and their personality is one of strong independence. If a dog owner cannot cope with a dog that will not comply with the owner's every command, a more compliant breed should be chosen. This dog has a long genetic foundation of living in the harshest environment imaginable, and many of its behaviors are evolved to survive in such environments. Independence, resourcefulness, and natural behaviors are common in the breed.

Malamutes tend to have natural hunting instincts which often leads them to chase smaller animals, such as rabbits, squirrels, and cats. So while Malamutes are, as a general rule, particularly amiable around people and can be taught to tolerate other pets, it is necessary to be mindful of them around smaller animals.

Malamutes are quite fond of people, a trait that makes them particularly sought-after family dogs but unreliable watchdogs. They are nimble around furniture and smaller items, making them ideal house dogs, provided they get plenty of time outdoors meeting their considerable exercise requirements.

Malamutes are usually quiet dogs, seldom barking. When a Malamute does vocalize, it often appears to be "talking" by vocalizing a "woo woo" sound, and may howl, sounding similar to a wolf or coyote.

Dogs
We are a small Kennel located in Adelaide, South Australia. We are owned by ... read more
SA

Why Malamutes Will Be Your New Fave Pup!

Alaskan Malamutes are athletic, bigger than huskies and too darn cute. Tag a friend who will agree in the comments below!