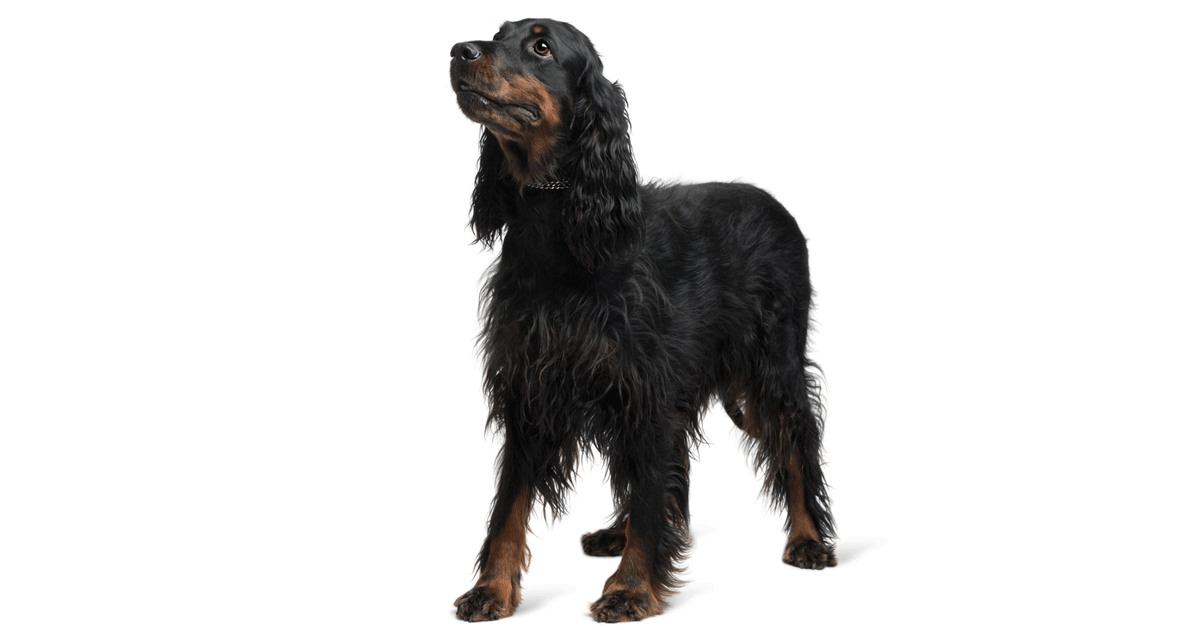 A Gordon Setter is a large breed of dog, a member of the setter family that also includes both the better-known Irish Setter and the English Setter. Setter breeds are classified as members of either the Sporting or Gundog Group depending on the national kennel club or council. The original purpose of the breed was to hunt gamebirds. Their quarry in the United Kingdom, may be partridge or grouse, pheasant, ptarmigan, blackgame, snipe or woodcock: whilst overseas bird dogs are worked on quail, willow grouse, sand grouse, guinea fowl, sagehen, francolin and any other bird that will sit to a dog - that is to say, will attempt to avoid a potential predator by concealment rather than by taking to the wing at the first sign of danger. It is this combination of a bird that will sit fast in front of a dog that will remain on point that makes bird dog work possible.

The AKC describes the Gordon Setter temperament as "alert, interested, and confident. He is fearless and willing, intelligent, and capable. He is loyal and affectionate, and strong-minded enough to stand the rigors of training." Gordons are intensely loyal to their owners; thrive in an attentive, loving environment; and are good family dogs. Puppies and adult dogs can be quite boisterous, and although they are patient by nature, may not be suitable for households with very young children. Gordons are sensitive and empathic, eager to learn, and need firm but gentle handling. Early socialisation and obedience training is important. They are known as great talkers. The breed is one of the slowest to mature, not hitting prime until three years of age or more, and will show puppy-like characteristics well into their older years.

Gordons were bred to run, and require 60 to 80 minutes of vigorous exercise daily. Young dogs should not be over-exercised or begin agility training until they are at least 18 months old, to avoid joint problems later in life. Because of their hunting instincts, Gordons should not be allowed to roam freely if unsupervised, as they are apt to wander into a potentially dangerous traffic situation while following a scent.

Dogs
Weblyn kennels are based in South-East Auckland on one hectare surrounded by ... read more
Auckland