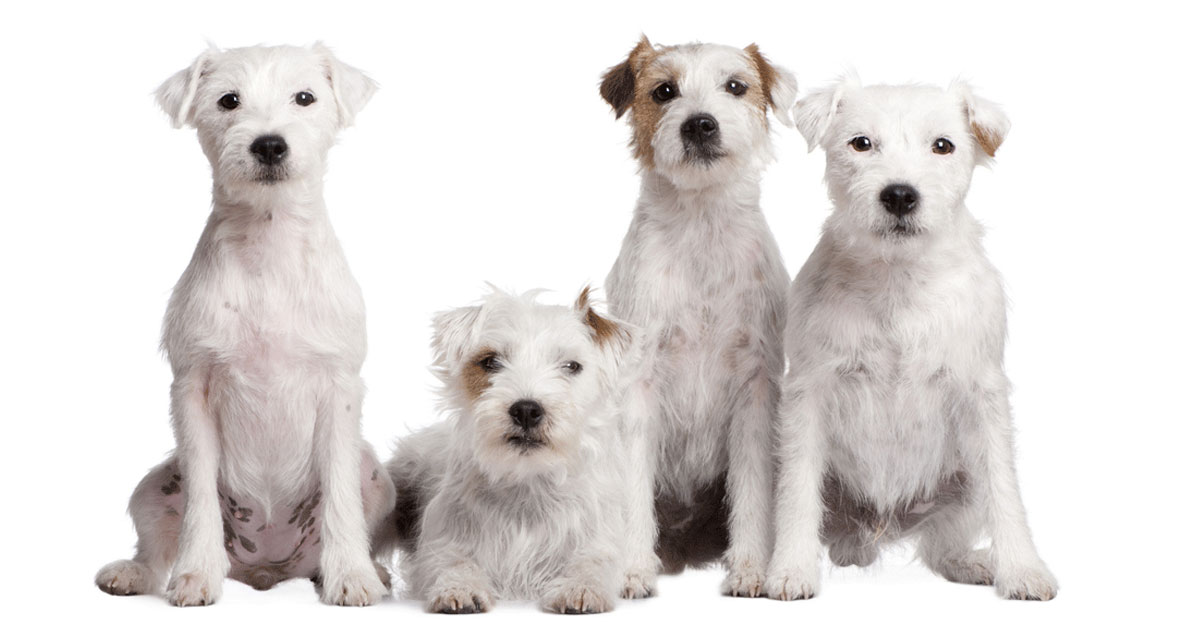 A mostly white breed with either a smooth, rough or broken coat, it conforms to a narrower range of sizes than the Jack Russell. It is a feisty, energetic terrier, suited to sports and able to get along with children and other animals. It has a range of breed related health issues, mainly relating to eye disorders.

The Parson is a feisty and energetic type of Terrier. They can excel in dog sports such as flyball or agility and require vigorous exercise in order to prevent them from becoming bored and potentially destructive in the home. They can be suited to live with children but as they have a typical Terrier temperament, they will not tolerate rough handling. The AKC describes them as being single minded, tenacious and courageous when at work, while at home they can be exuberant, playful and affectionate. However, it is unusual for dogs of this breed to be involved in work, such as fox hunting, typical of a small white terrier, as they are more adapted to the show bench.

They can be playful with other dogs, and get along with horses. The breed standard requires that shyness be treated as a fault, although it states that this should not be confused with submissiveness which is not treated as such. Overt aggression towards another dog is not accepted and is a criterion for disqualification in the show ring.

Dogs
Mike and I commenced our relationship with Bull Terriers in 1973 when we bought ... read more
NSW