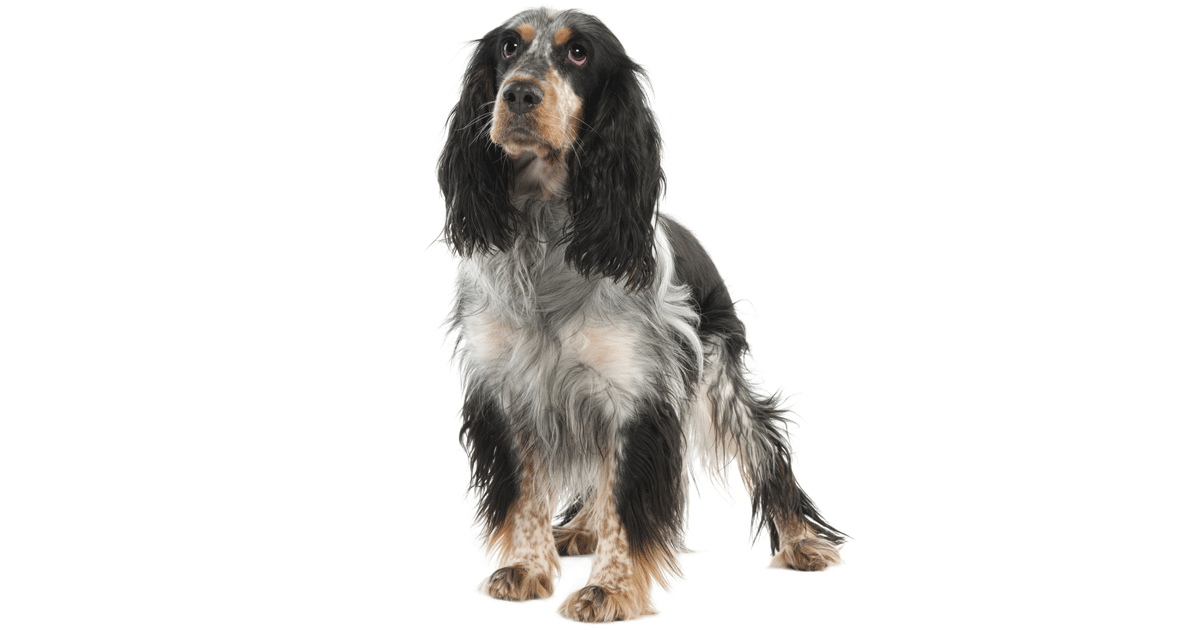 The English Springer Spaniel is a breed of gun dog in the Spaniel family traditionally used for flushing and retrieving game. It is an affectionate, excitable breed with an average lifespan of twelve to fourteen years. Descended from the Norfolk or Shropshire Spaniels of the mid-19th century, the breed has diverged into separate show and working lines. The breed suffers from average health complaints. The show-bred version of the breed has been linked to "rage syndrome", although the disorder is very rare. It is closely related to the Welsh Springer Spaniel and very closely with the English Cocker Spaniel; less than a century ago, springers and cockers would come from the same litter. The smaller "cockers" hunted woodcock while the larger littermates were used to flush, or "spring," game. In 1902, the Kennel Club of England recognized the English Springer Spaniel as a distinct breed. They are used as sniffer dogs on a widespread basis. The term springer comes from the historic hunting role, where the dog would "spring" (flush) birds into the air.

The typical Springer is friendly, eager to please, quick to learn and willing to obey. An affectionate and easy-going family dog, its alertness and attentiveness make it the ideal hunting companion. The English Springer Spaniel ranks 13th in Stanley Coren's The Intelligence of Dogs, considered an excellent working dog. It has exceptional stamina and needs moderate amounts of activity, to focus its mind and to provide exercise, although this is different for each dog. Its long-legged build makes it among the fastest of the spaniels.

It is a sociable breed that enjoys the company of children and handles the company of other pets well. If left alone for too long, they can become destructive and mischievous through boredom. They love the water, and tend to get wet whenever they have the chance.

The English Springer Spaniel is a medium sized compact dog. Its coat is moderately long with feathering on the legs and tail. It is a well proportioned, balanced dog with a gentle expression and a friendly wagging tail. This breed represents perhaps the greatest divergence between working and show lines of any breed of dog. A field-bred dog and a show-bred dog appear to be different breeds, but are registered together. In fact, the gene pools are almost completely segregated and have been for at least 70 years. A field-bred dog would not be competitive in a modern dog show while a show dog would not have the speed or stamina to succeed in a field trial.

Field-bred dogs tend to have shorter, coarser coats than show-bred dogs. The ears are less pendulous. Field-bred dogs are wiry and have more of a feral look than those bred for showing. The tail of the field-bred dog is docked by a few inches in comparison to the show dog. Field-bred dogs are selected for nose, hunting ability, and response to training rather than appearance. Show dogs have longer fur and more pendant ears, dewlaps and dangling flews. The tail is docked to a short stub in those countries that permit docking. They are generally more thickly boned and heavier than field-bred springers.