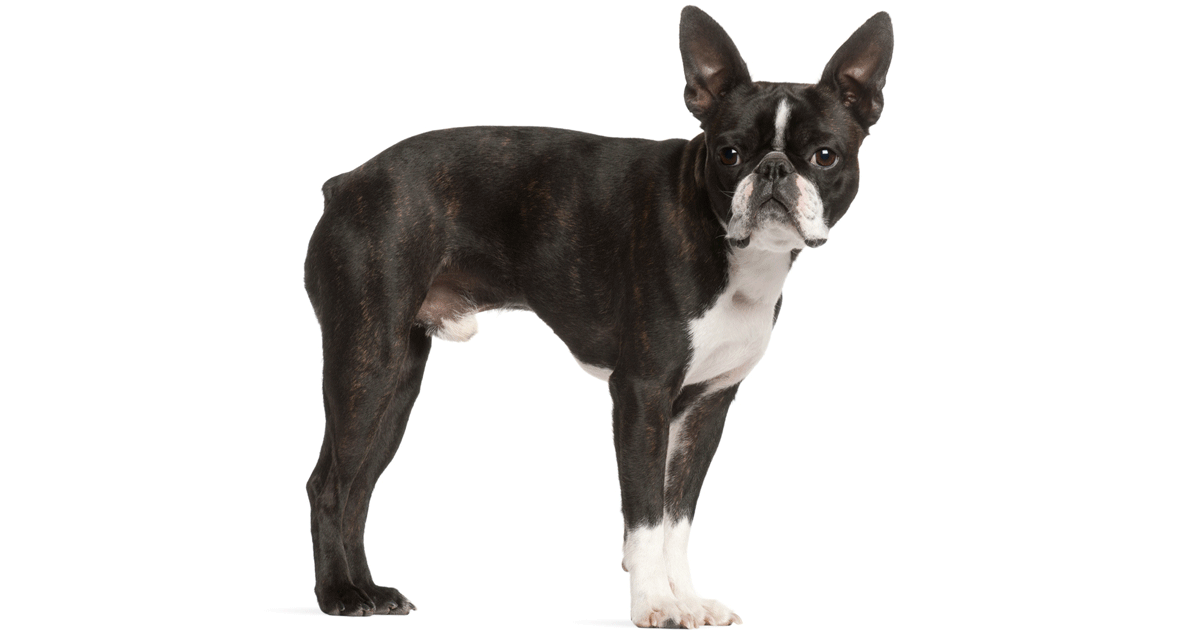 The Boston Terrier is a breed of dog originating in the United States of America. This "American Gentleman" was accepted in 1893 by the American Kennel Club as a non-sporting breed. Color and markings are important when distinguishing this breed to the AKC standard. They should be either black, brindle or seal with white markings. Bostons are small and compact with a short tail and erect ears.The AKC says they are highly intelligent and very easily trained. They are friendly and can be stubborn at times. The average life span of a Boston is around 11 to 13 years, though some can live well into their teens.

The Boston Terrier is a gentle breed that typically has a strong, happy-go-lucky and friendly personality. Bostons are generally eager to please their owner and can easily be trained given a patient owner. They are also very protective of their owners.

While originally bred for fighting as well as hunting rats in garment factories, they were later down bred for companionship. The modern Boston Terrier can be gentle, alert, expressive, creative, and well-mannered. However, they are not considered terriers by the American Kennel Club, but are part of the non-sporting group.

Both females and males are generally quiet and bark only when necessary. Their usually sensible attitude towards barking makes them excellent choices for apartment dwellers. Having been bred as a companion dog, they enjoy being around people, and if properly socialized, get along well with children, the elderly, other canines, and non-canine pets.