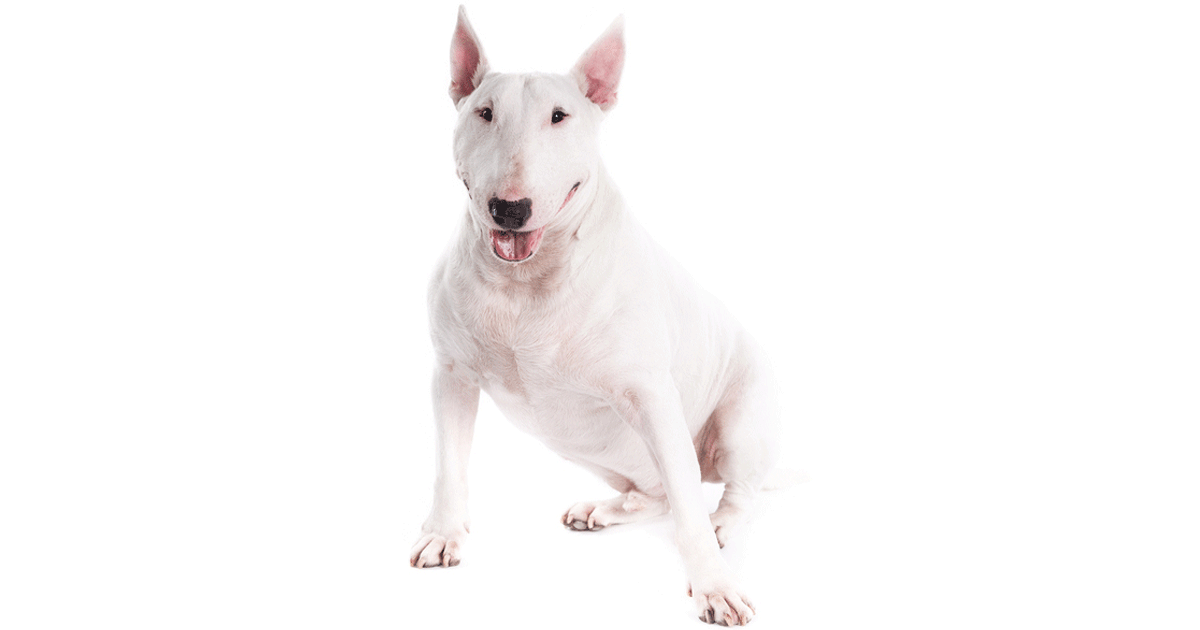 The Bull Terrier is a breed of dog in the terrier family. They have large, egg-shaped heads, and small triangular eyes. There is also a miniature version of this breed which is officially known as the Miniature Bull Terrier.

Bull Terriers are known to be courageous and active. They enjoy being around people, but are strong willed and thus require an assertive owner; as such the Bull Terrier is not recommended for households with small children if the owner is a first time Bull Terrier owner. Bull Terriers can be both independent and stubborn and for this reason are not considered suitable for an inexperienced dog owner. A firm hand and an assertive demeanour are essential if the Bull Terrier is not to run riot. They are protective of their family, although comprehensive socialization at an early age will prevent them from becoming over-protective and neurotic.

When it comes to other animals, caution should be advised. Bull Terriers have a strong prey instinct and, like any strong dog breed, can cause injury or death to people or other animals, especially cats. That said, puppies brought up with cats and other animals get on well with the animals they know; however, they can never be completely trusted with other animals.

Uncastrated males often do not get along with other male dogs. Males and females however can live together happily, and two females can also be a good combination with care and supervision. Introducing a Bull Terrier of the same sex as the dog in residence is considered unwise, and some Bull Terriers won't countenance other dogs of either sex.

The Bull Terrier's most recognizable feature is its head, described as 'egg shaped' when viewed from the front, the top of the skull is almost flat from ear to ear. Profile curves gently downwards from top of skull to tip of nose which should be black and bent downwards at tip. Nostrils are well developed and under-jaw deep and strong snout. The unique triangle-shaped eyes are small, dark, and deep-set. The body is full and round, while the shoulders are robust and very muscular and the tail is carried horizontally. They are generally white in colour, walk with a jaunty gait, and are popularly known as the 'gladiator of the canine race'.

Dogs
We are a small kennel who have been involved with Bull Terriers since 1978.. ... read more
QLD
Brasshead Kennels - Bull Terrier Breeder - Lewiston, SA

Dogs
Mike and I commenced our relationship with Bull Terriers in 1973 when we bought ... read more
NSW