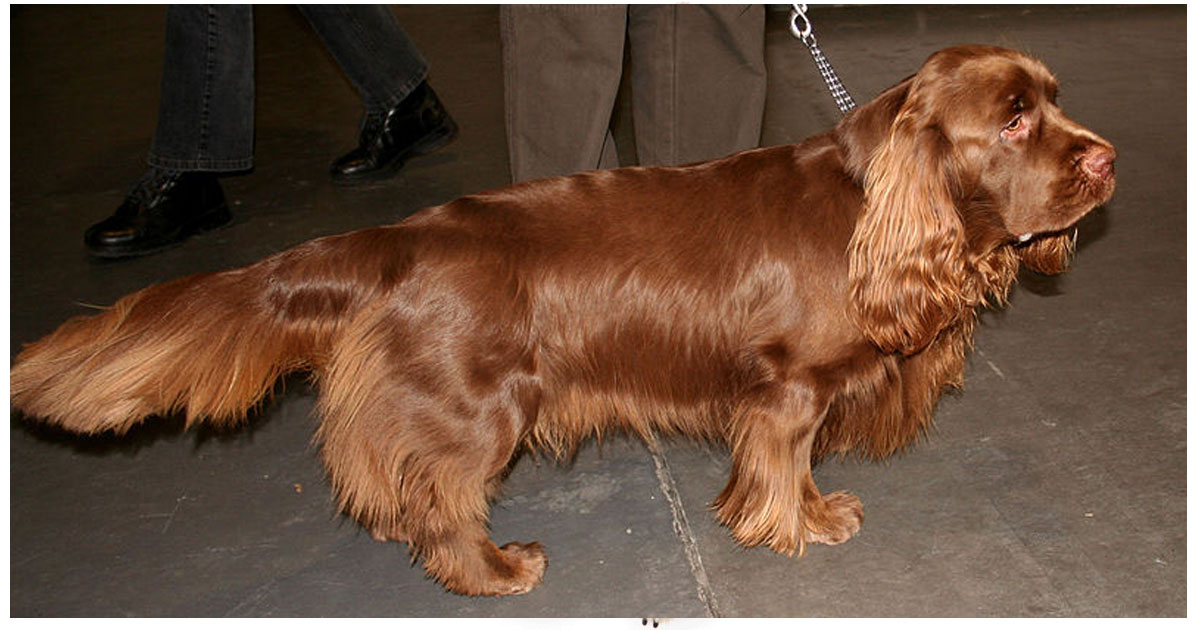 The Sussex Spaniel is a breed of dog developed in Sussex in southern England. It is a low, compact spaniel and is similar in appearance to the Clumber Spaniel. They can be slow paced, but can have a clownish and energetic temperament. They suffer from health conditions common to spaniels and some large dogs, as well as a specific range of heart conditions and spinal disc herniation.

First bred in 1795 in Hastings, East Sussex for specific hunting conditions, they nearly became extinct during the Second World War. They are now more popular in the United States than any other country and are recognised by all major kennel clubs. Notably, a Sussex Spaniel won the best in show in 2009 at the 133rd Westminster Kennel Club.

The Sussex Spaniel is a slow paced, calm breed with somewhat clownish behaviour that normally keeps his energy and enthusiasm in check. He is always eager to be around people, is excellent around children, and can be quite protective of the family. They make excellent candidates for therapy dog work. Most Sussex Spaniels are primarily family pets, but they are competent enough to aid a hunter though quite stubborn to train. They tend to have a natural ability to quarter in the field, have excellent noses, and can be used to retrieve, given training. The breed is the only spaniel to howl once a game's scent is picked up.