Are there Links Between Colour and Health in Dogs?

The apparently endless variety of dog coat patterns, lengths, textures and colours is genetic.  Only 8-14 different genes are responsible for most of these differences. Unfortunately clear genetic links have been found between some colours and health conditions in some breeds of dog. If you’re looking for a white, blue or lilac dog, or a chocolate Labrador, it’s worth asking your breeder some extra questions. Rare coats colours in purebred dogs are usually rare for good reason!

Remember that a reputable dog breeder will be very careful to avoid known colour-related health issues and will be able to advise whether the colour coat you are looking for carries any additional risk. 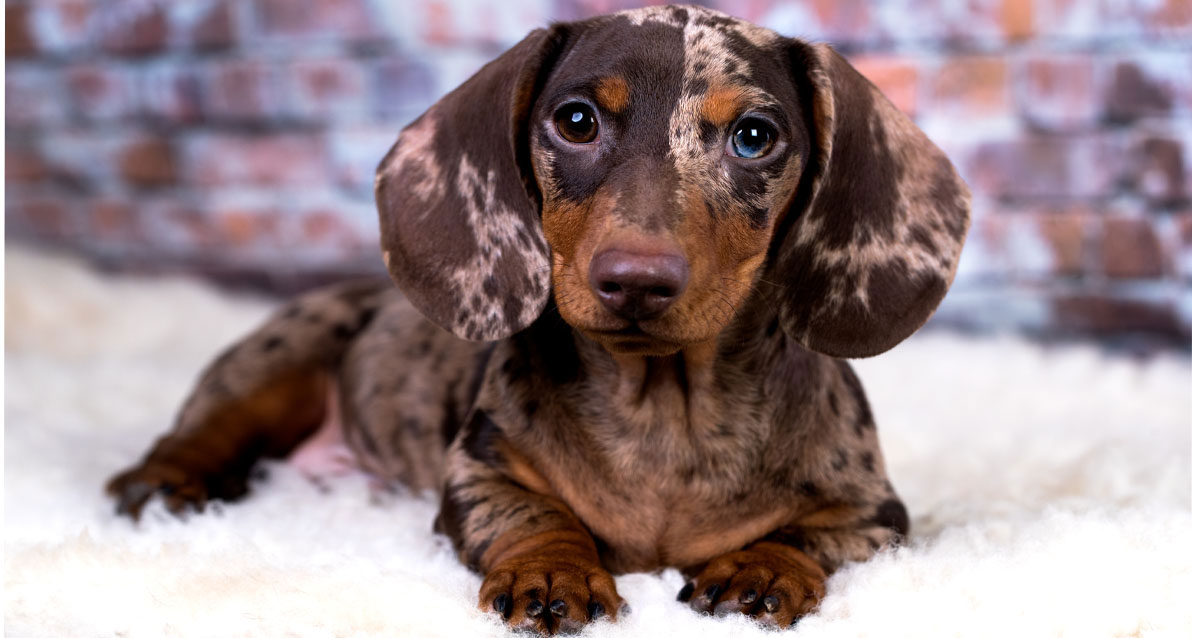 Merle (also known as dapple in Dachshunds or harlequin in Great Danes) is a genetic pattern in a dog's coat which creates mottled patches of colour and can affect all coat colours. Dogs carrying the gene typically have blue or odd-coloured eyes. Double merles which carry two copies of the merle gene often have a white or predominantly white coat and sometimes have pink pigmented paws and nose.

Responsible breeders take care to avoid breeding dogs which both carry the merle gene, because double merle puppies are at significant risk of very serious eye and ear defects including deafness, blindness and eye deformities. For this reason the UK Kennel Club has banned the deliberate breeding of double merles.

There is no clear link between double merle and other health issues such as allergies and dermatitis. However as a double merle dog is likely to be the result of irresponsible or ill-informed breeding, it may have other breeding-related health issues.

SO YOU WANT A CHOCOLATE LABRADOR?

A 2018 University of Sydney study of Labrador health and longevity discovered that chocolate labs have shorter lifespans than black or yellow labs, with black and yellow labs generally living more than 10% longer lives than chocolate labs. This may be because the chocolate colour in Labradors is a recessive genetic trait, which means that both parents must carry the recessive chocolate gene to produce chocolate puppies and subsequently reduces the potential genetic pool of chocolate Labs.

The same study also found that chocolate Labs are more prone to ear infections and dermatitis than non-chocolate Labs; there may be a genetic link. 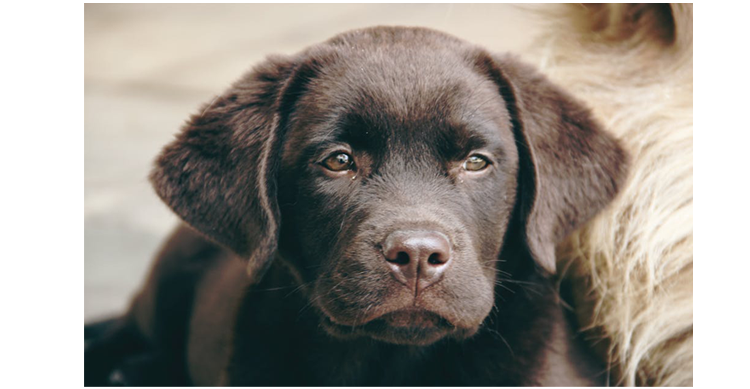 WHAT ABOUT A CUTE BLUE?

Blue dogs are particularly popular right now. A recent Perfect Pets review of internet searches showed over 135,000 searches per month for "blue French bulldog''.  When colour is the main and at times only reason for producing a litter, health can be compromised.  Breed clubs world-wide are united in their concern about the irresponsible and reckless exploitation of French Bulldogs, particularly by those breeders who aim to produce rare colours.

Dilute colour coats in dogs (blue, fawn, isabella or lilac colours) are also the result of a recessive gene. True dilute coats are usually determined by a dog’s nose colour. For example, a blue coat is a dilution of black; a dilute blue coated dog will have a blue/grey coloured nose, whereas a dog with a greying gene rather than a diluting gene will have a black nose. Dogs with dilute genes often have light or pale coloured eyes. 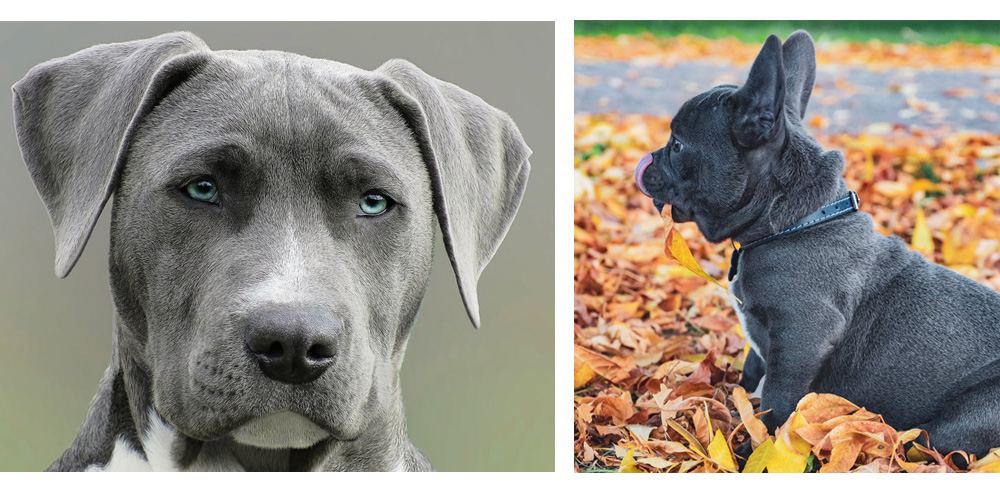 The dilute gene is fairly uncommon in most breeds, although some breeds – notably the Weimaraner – come only in dilute.  Colour Dilution Alopecia (CDA) is a genetic condition that causes hair loss or thinning in patches and may also cause itchy, flaky skin. It is most likely associated with the same gene that leads to dilute colour coats. CDA typically starts to occur at around six months of ages, and apart from affecting a dog’s appearance it does not affect their health in any other way. While it cannot be treated, it can be effectively managed with veterinary support. It is generally recommended that dogs with CDA, their siblings and parents should not be used for breeding. 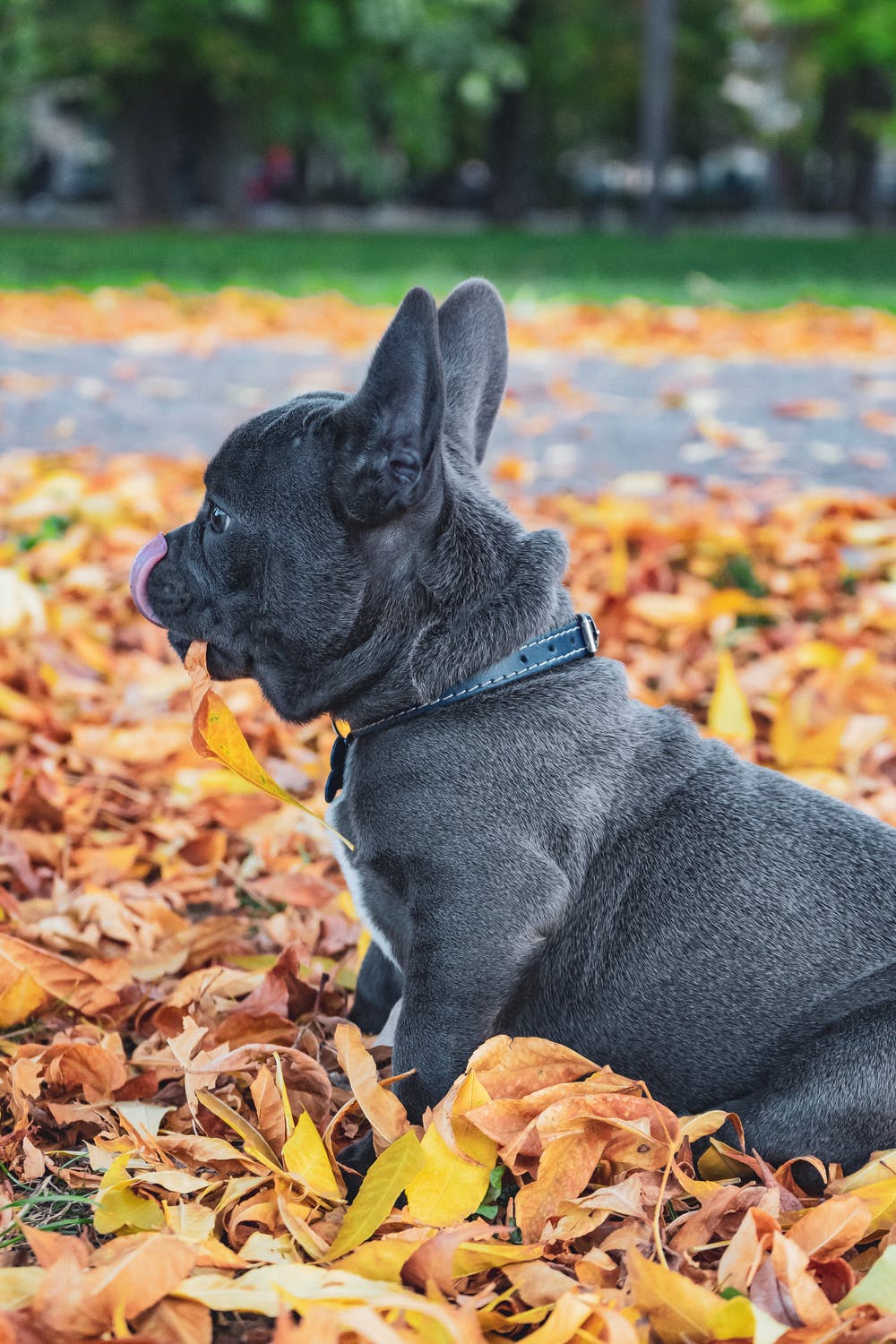