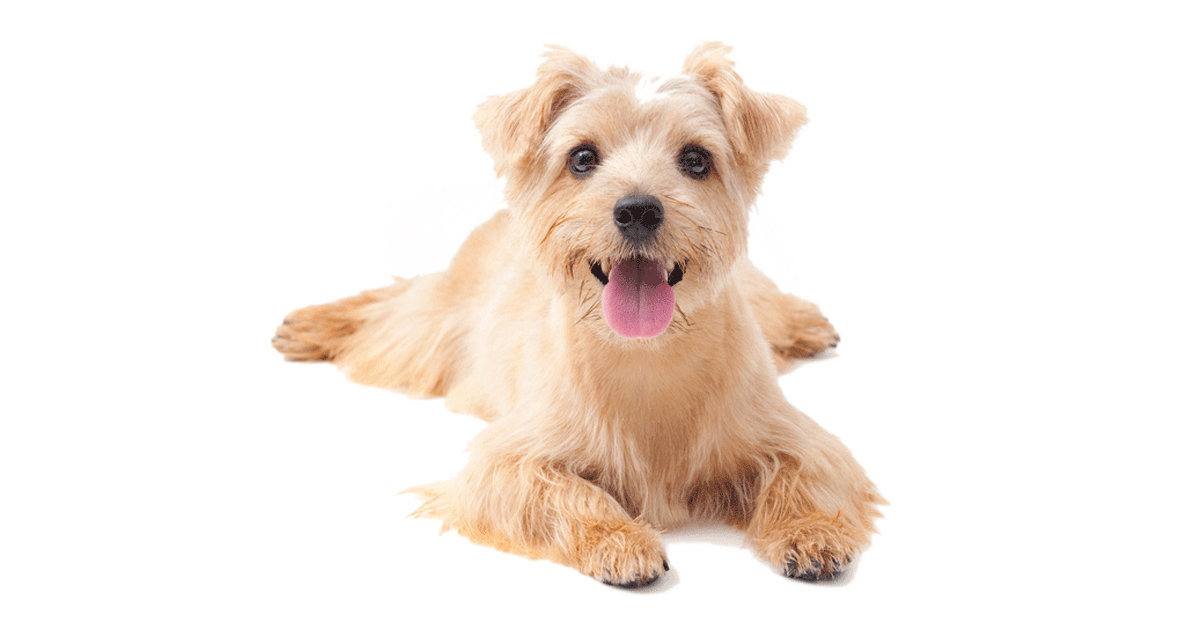 The Norfolk Terrier is a British breed of dog. Prior to gaining recognition as an independent breed in 1960, it was a variety of the Norwich Terrier, distinguished from the "prick eared" Norwich by its "drop ears" (or folded ears). Together, the Norfolk and Norwich Terriers are the smallest of the working terriers.

Norfolks are described as fearless, but can be aggressive. They, along with Norwich Terriers and Border Terriers, have the softest temperaments of the Terrier Group. Norfolks work in packs and must get along with other dogs. As companions, they love people and children and do make good pets. Their activity level is generally reflective of the pace of their environment. This breed should not be kept or live outside since they thrive on human contact. Generally, Norfolks are not given to digging but, like any dog, will dig out of boredom when left alone for too long a period. Norfolks can be barkers and are very vocal. They generally cohabit well with other household pets when introduced as a puppy. Outdoors, they are natural hunters with a strong prey drive for small vermin.

Norfolks are self-confident and carry themselves with presence and importance, holding their heads and tails erect. A Norfolk that is shy or that carries its tail between its legs is atypical, as it is hot-tempered and aggressive with other dogs; these traits are not the standard. A Norfolk's typical temperament is happy, spirited, and self-confident.

Norfolks were originally bred as barn dogs to rid the barn of vermin. Some literature suggest that they were also occasionally used on the hunt to bolt animals of equal size from their den. To some extent they are still used in that capacity in continental Europe. Norfolks are pack animals and hence expected to get along with other dogs while working or in the home. As a pack dog, they take turns working their prey. They are fearless and their courage is incredible. Today, of course, they are household companions and must have an agreeable disposition for living with people.