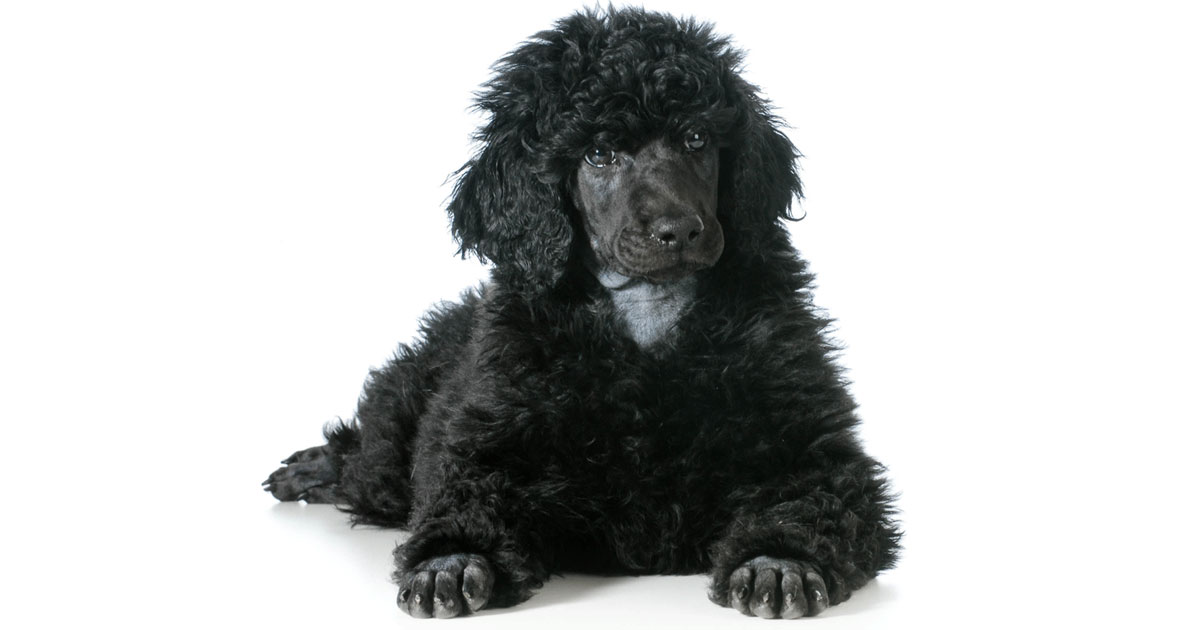 The poodle is a group of formal dog breeds, the Standard Poodle, Miniature Poodle and Toy Poodle (one registry organisation also recognizes a Medium Poodle variety, between Standard and Miniature), with many coat colors. Originally bred in Germany as a type of water dog, the poodle is skillful in many dog sports, including agility, obedience, tracking, and even herding. Poodles have taken top honors in many conformation shows, including "Best in Show" at the Westminster Kennel Club Dog Show in 1991 and 2002, and at the World Dog Show in 2007 and 2010.

Unlike most breeds, poodles can come in a variety of sizes, distinguished by adult shoulder (withers) height. The exact height cutoffs among the varieties vary slightly from country to country. The Fédération Cynologique Internationale (FCI) recognizes four sizes of one breed: standard, medium, miniature, and toy. Non-FCI kennel clubs generally recognize three sizes, standard, miniature, and toy, sometimes as sizes of the same breed and sometimes as separate breeds. Only the FCI describes a maximum size for Standard Poodles. France is the country responsible for the breed in the FCI, and in this country, the puppies of all sizes are listed together. The terms royal standard, teacup, and tiny teacup are marketing names, and are not recognized by any major kennel club.

Unlike most dogs which have double coats, poodles have a single layer coat (no undercoat is present) composed of dense, curly fur that sheds minimally. They could be considered hypoallergenic (though not completely allergen free). The poodle does shed, but instead of the fur coming off the dog, it becomes tangled in the surrounding hair. This can lead to matting without proper care. Texture ranges from coarse and woolly to soft and wavy. Poodle show clips require many hours of brushing and care per week, about 10 hours/week for a Standard Poodle. Poodles are usually clipped down into lower-maintenance cuts as soon as their show careers are over. Pet clips are much less elaborate than show and require much less maintenance. A pet owner can anticipate grooming a poodle every six to eight weeks. Although professional grooming is often costly, poodles are easy to groom at home with the proper equipment.

Of note is this breed's keen sense for instinctive behavior. In particular, marking and hunting drives are more readily observable than in most other breeds. Classified as highly energetic, poodles can also get bored fairly easily, and have been known to get creative about finding mischief.

Dogs
We love our Standard Poodles and know you will too. If you're looking for an ... read more
Nar Nar Goon, VIC
JONJUL Red toy poodle breeder - Melbourne, VIC

Dogs
I am a small breeder of mini poodles which means our dogs and puppies are ... read more
Beerwah, QLD
Martrejame Poodles - Breeder of Purebred Apricot and Red Miniature Poodles - Elimbah, QLD