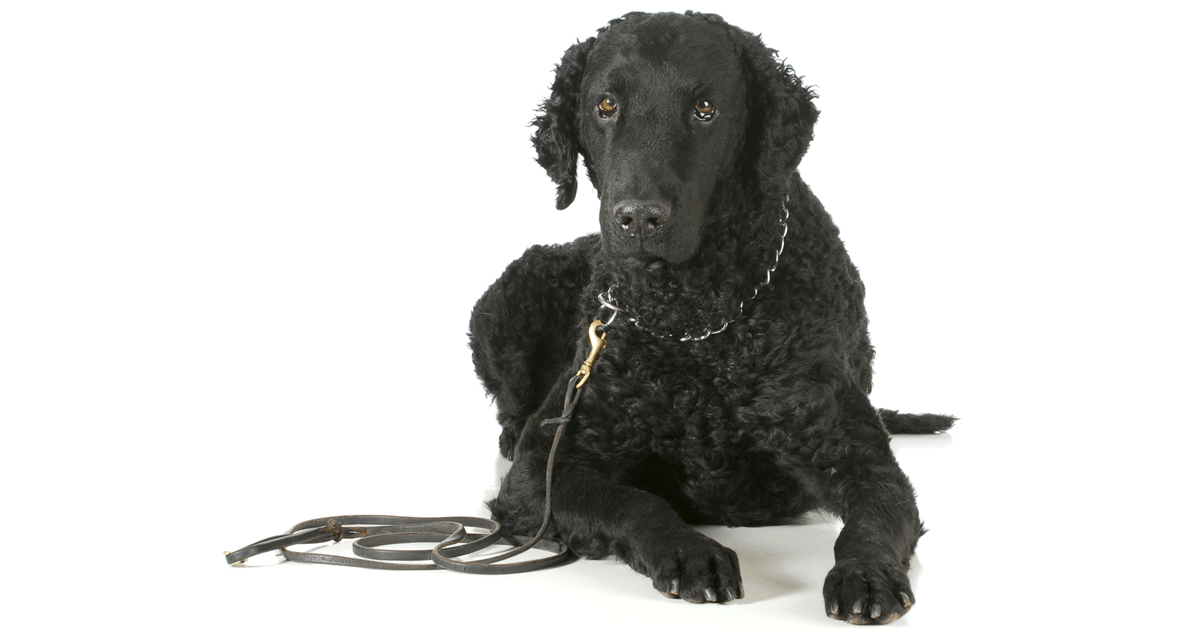 The Curly Coated Retriever (often referred to as a Curly) is a breed of dog originally bred in England for upland bird and waterfowl hunting. It is the tallest of the retrievers and is easily distinguishable by the mass of tight curls covering its body. Curly Coated and Wavy Coated (now known as the Flat-Coated Retriever) were the first two recognised retriever breeds, established as early as 1860.

The Curly Coated Retriever was originally developed as a gun dog and their temperament and conformation reflect this purpose. Curlies are still used in many countries as bird hunting companions, including in both upland and waterfowl hunting. Like most retrievers, they are valued as pets and are a lively and fun-loving breed. As long as the Curly has enough exercise, it can be calm and laid back in the home environment, which makes them both a great activity dog as well as a placid member of the family.

The Curly can be sometimes aloof with strangers but are usually very loyal and affectionate with their owners and family. Curlies are extremely intelligent in general, but training can sometimes be difficult as they can easily get bored with repetitive training. They rank 41st in Stanley Coren's The Intelligence of Dogs, being of average working/obedience intelligence.

The Curly Coated Retriever likes exercise; it was bred for athleticism and endurance in the field. A Curly is an intelligent dog and is happiest when it has adequate exercise, mental stimulation and play. Curlies are great dogs for active sports such as hunt tests, flyball and dog agility trials as they love the outdoors, working with people, and activities of any kind. While active and exuberant outside, at play, or in the field, the adult curly is generally a calm house dog. According to the International Encyclopedia of Dogs (1984), "this dog's delight is swimming", which has made it a valuable retriever especially where streams and rivers have to be crossed.

Curlies are a single coated breed with no undercoat, and the small tight curls of a show-standard dog are very easy to maintain. A Curly kept as a companion and/or hunting animal need not be elaborately groomed but needs to be kept clean and free of mats for the health of the dog. All Curlies shed though not to the degree that dogs with undercoats do. Bitches usually shed more heavily during their heat cycles (usually twice a year). Dogs and bitches may also shed more in the spring, especially those living in areas with extreme seasonal temperature changes. Bathing should be as needed using a dog shampoo.

Dogs
Curlbrook has been in existence for over 30 years and our family has been ... read more
VIC
Curlesque Curly Coated Retrievers - Breeder - Tungkillo, SA

Dogs
Curlesque is based on the border of the Adelaide Hills and the Murraylands, 1 ... read more
SA