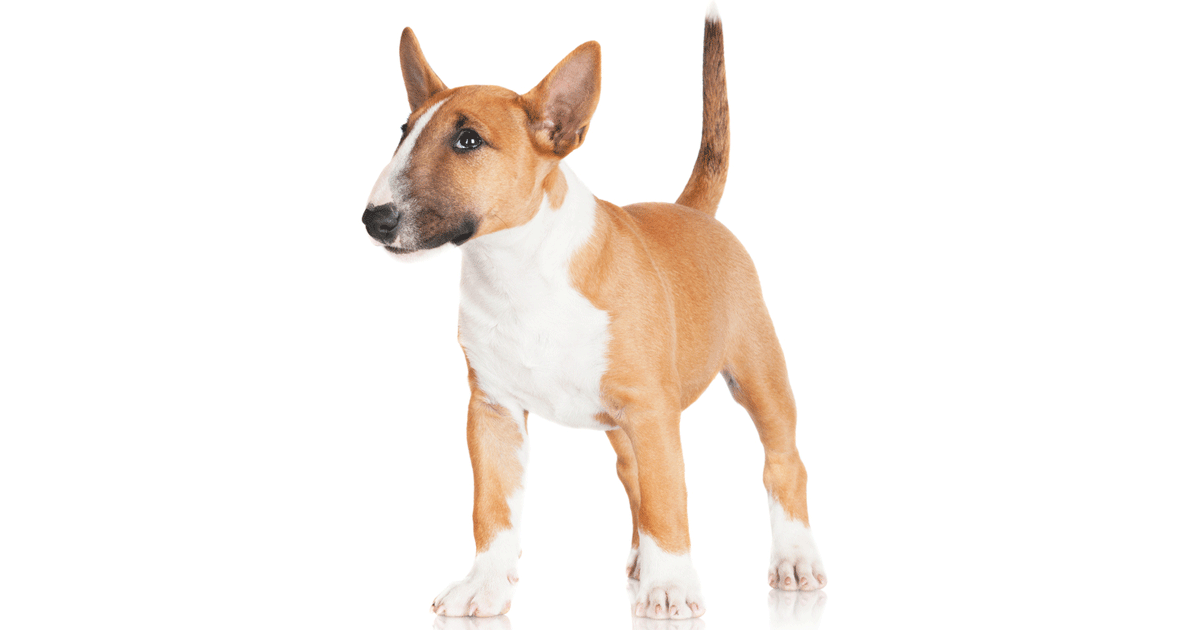 The Bull Terrier Miniature is a breed with origins in the English White Terrier, the Dalmatian and the Bulldog. The first existence is documented 1872 in The Dogs of British Island. Like the Bull Terriers, Minis are loving and, like many terrier breeds, they can be stubborn at times; but despite this they make great dogs for people with limited space.

Miniature Bull Terriers are known to be stubborn and courageous. They do not seem to realize their size, however, because even if confronting an enormous dog they will not back down. However, with the right training, confrontations can be avoided. They are very energetic and playful. They love people but care must be taken as they are variable around other dogs.

Miniature Bull Terriers require little grooming. A quick brushing once a day or a few times a week is sufficient to keep the fur in order, as it cannot become tangled due to its length. Sunscreen must be used on any sparse white sections of fur around the face, ears, hindquarters or stomach when outdoors (especially in the summer between the hours of 10am and 2pm) to avoid sunburn and cancer.

Miniatures are independent and stubborn and do require a lot of training, particularly early on. They must be heavily socialized at a young age and trained to obey early in their lives. They also are very energetic and seem to be able to play endlessly as puppies. However, as they grow older, they become less energetic. They must be carefully exercised and dieted to avoid obesity.