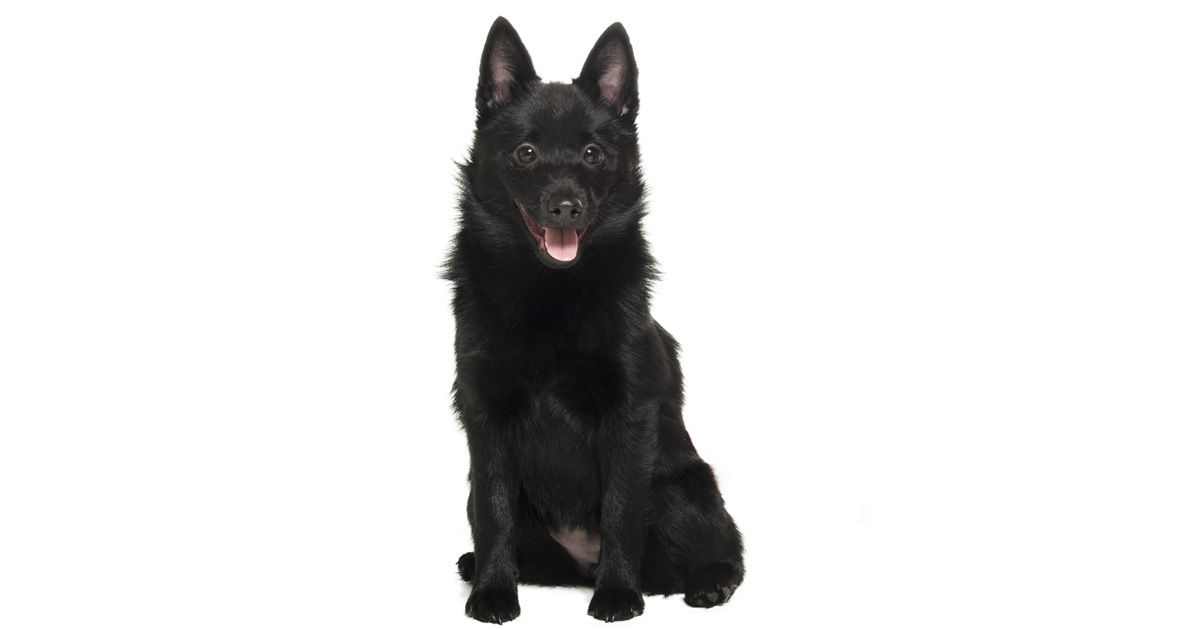 A Schipperke is a small Belgian breed of dog that originated in the early 16th century. There has been a long informal debate over whether this type of dog is a spitz or miniature sheepdog. In their home country of Belgium they are considered a small shepherd.

Their small, pointed ears are erect atop the head. Schipperkes are double coated with a soft, fluffy undercoat that is covered by a harsher-feeling and longer outer coat. One of the breed characteristics is a long ruff that surrounds the neck and then a strip trails down towards the rear of the dog. They also have longer fur on their hind legs called culottes. The breed is black, or blonde (some blondes have a silkier coat), and the coat is shiny.

The Schipperke does not need expensive or excessive grooming. This breed is a moderate shedder, however. A brush that can reach the undercoat is the best. Regular weekly brushing is usually enough to keep the coat in good condition. There is no need for cutting or trimming and the ruff (hair around the neck) fluffs up naturally.

Schipperkes can "blow" their coats up to several times a year, and usually females more frequently than males. When this happens, they lose their undercoat. Owners typically find warm baths helpful during this time to remove the undercoat, rather than getting fur all over the home. Blowing their undercoat can last several days or weeks, and can take up to 2–3 months for Schipperkes to grow back.