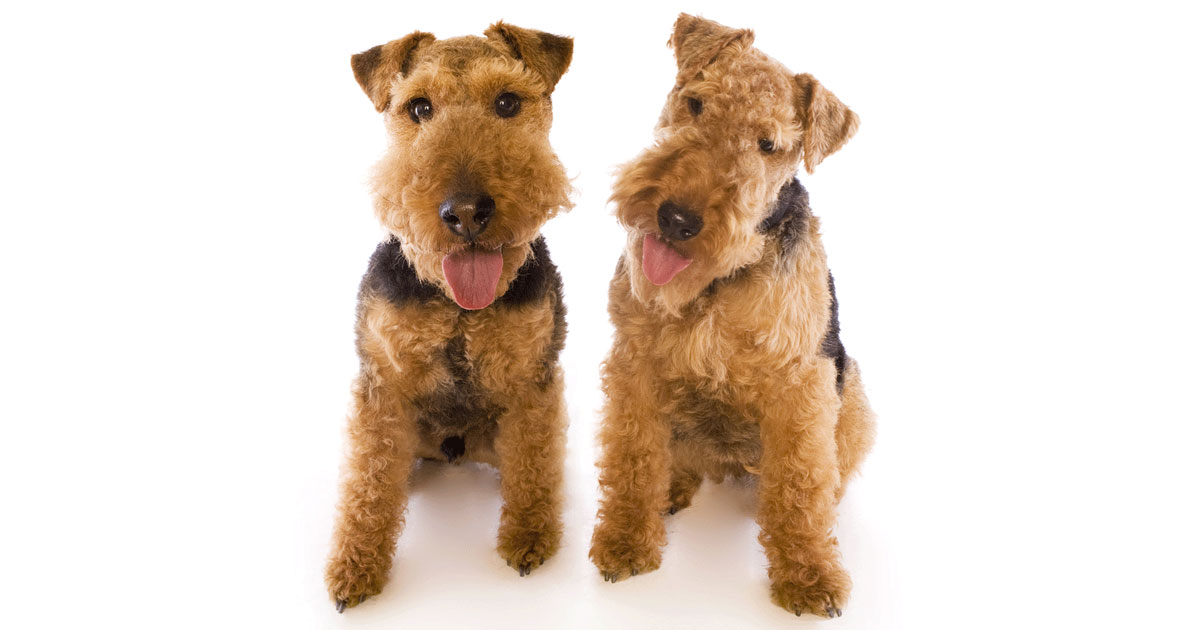 The Welsh Terrier is a Welsh breed of dog. It was originally bred for hunting fox, rodents and badger, but during the last century it has mainly been bred for showing. Despite this, it has retained its terrier strength of character and therefore requires firm, non-aggressive handling. The Welsh Terrier originates from Wales and has been claimed to be the oldest existing dog breed in the UK according to research. The Welsh Terrier was a latecomer to the British show-ring (being primarily a working dog) and was not officially registered as a breed until the 19th century. It is currently on the UK Kennel Clubs list of breeds that are in danger of dying out, having as few as 300 or so pups registered annually, as compared to the nation's most popular breeds that are registered in the tens of thousands each year.

The Welsh Terrier has a typical terrier temperament. In the right hands, it is a happy, lively, and seldom shy or timid dog, but sometimes can have an attitude. The Welsh Terrier is generally friendly with people and dogs but when a challenge is perceived, he will not back down. Dogs of this breed can be devoted friends and can function either as city dogs or as country dogs.

Welsh Terriers were developed to hunt independently and this required that they be very assertive and stoic dogs. As a consequence, developing obedience in a Welsh Terrier is a long term proposition and one has to constantly work on and reinforce the training. They rank 53rd in Stanley Coren's The Intelligence of Dogs, being of average working/obedience intelligence. This, however, does not mean that Welsh Terriers fail to learn or understand commands, just that they tend to make their own decisions; thus the need for constant reinforcement. When acting on their own, they are quite creative and quick in decision making. They also have the potential for excessive barking. Like other terrier breeds, the Welsh Terrier enjoys digging.

A Welsh Terrier is full of energy and requires regular exercise. A run around the yard during the day is insufficient. They become yappy, and if bored, they may explore and potentially cause mischief and damage. Welsh Terriers need a challenge to keep them entertained. For example, they love chasing toys and love swimming (a good example would be lake activities with their families).

Welsh Terriers get along well with children; they love to play and follow a child as it plays, however, they will often tug at pant legs and can knock young ones off their feet. If they are around young children at an early age, they will easily learn to play more gently.

As with all breeds, it is important to socialize Welsh Terriers as early as possible to a wide range of dogs, people, and experiences.

Dogs
With over 20yrs experience, we pride ourselves of ensuring that all off our ... read more
VIC
Yorkpark - Airedale & Welsh Terrier Breeders - Melbourne, VIC