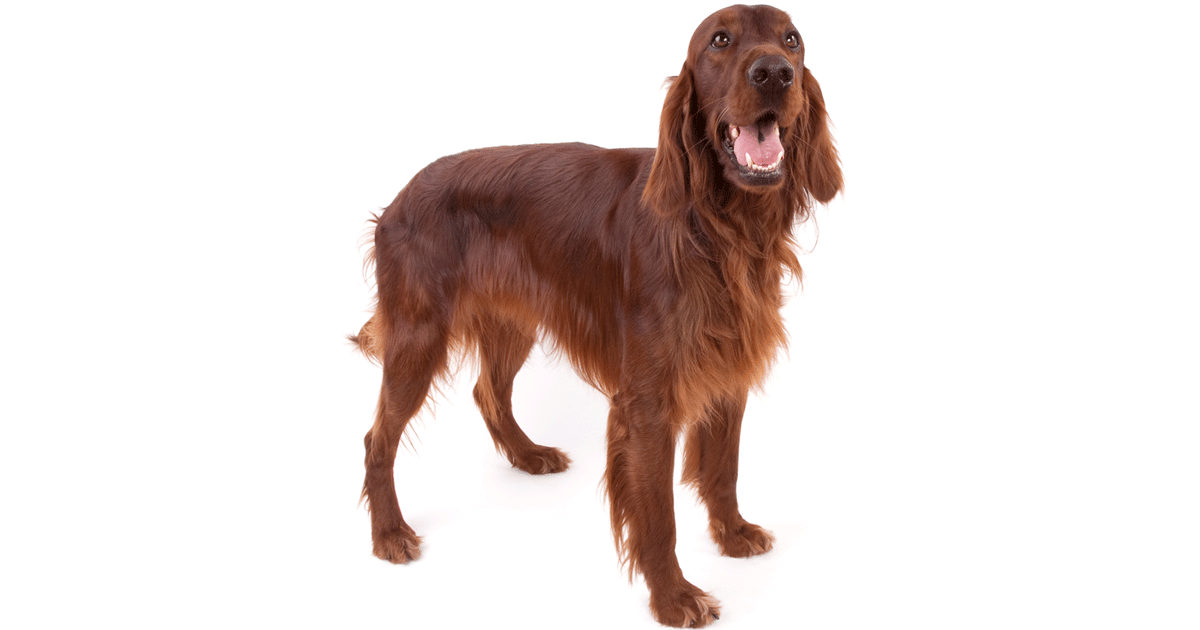 The Irish Setter is a setter, a breed of gundog and family dog. The term Irish Setter is commonly used to encompass the show-bred dog recognized by the American Kennel Club as well as the field-bred Red Setter recognised by the Field Dog Stud Book.

Irish Setters get along well with children, other dogs, and any household pets, and will enthusiastically greet visitors. Even though they do well with household pets, small animals may pose a problem for this breed, as they are a hunting breed. Some Irish setters may have problems with cats in the house, and may be too rambunctious with small children. As the FCI, ANKC and UK Standards state, the breed should be "Demonstrably affectionate." As a result, Irish Setters make excellent companion animals and family pets.

Irish Setters are an active breed, and require long, daily walks and off-lead running in wide, open spaces. They are, however, a breed with a tendency to 'play deaf,' so careful training on mastering the recall should be undertaken before allowing them off-lead.

Irish Setters enjoy having a job to do. Lack of activity will lead to a bored, destructive, or even hyperactive dog. This is not a breed that can be left alone in the backyard for long periods of time, nor should they be. Irish Setters thrive on constant human companionship. Irish Setters respond swiftly to positive training and are highly intelligent.  Though they are usually alert to their surroundings, Irish Setters are not well-suited as guard dogs, as they are not a naturally assertive breed.

The modern Red Setter is smaller than its bench-bred cousin. While show dogs often reach 70 lb (32 kg), the working Red Setter is generally around 45 lb (20 kg). The coat is less silky and the feathering is generally shorter. The colour is lighter, with the working dog found in russet and fawn colours. The Red Setter often has patches of white on its face and chest as the Irish Setter of old did. There have been efforts to rekindle the field abilities of the true type Irish by a handful of dedicated breeders in California and elsewhere with some success. More than a dozen AKC Dual Champion Irish Setters have been made, evidence of the dog's native ability when proper traits are selectively sought in breeding.

Dogs
Our puppies are well socialised, loving, happy puppies who are comfortable with ... read more
NSW