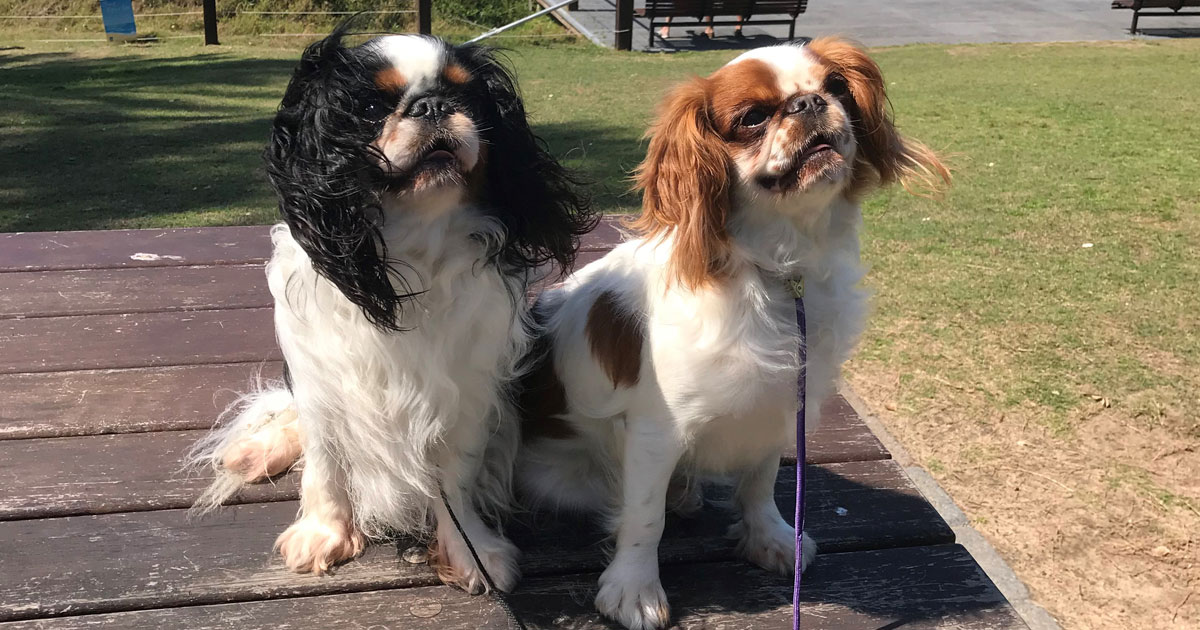 The King Charles Spaniel (also known as the English Toy Spaniel) is a small dog breed of the spaniel type. In 1903, the Kennel Club combined four separate toy spaniel breeds under this single title. The other varieties merged into this breed were the Blenheim, Ruby and Prince Charles Spaniels, each of which contributed one of the four colours available in the breed.

Thought to have originated in the Far East, toy spaniels were first seen in Europe during the 16th century. They were made famous by their association with King Charles II of England (1630–1685) and have been linked with English royalty since the time of Queen Mary I (1516–1558). Members of the breed have been owned by Grand Duchess Anastasia Nikolaevna of Russia, Queen Victoria and Queen Elizabeth II.

Historically the breeds that were merged into the King Charles Spaniel were used for hunting; due to their stature they were not well suited. They have kept their hunting instincts, but do not exhibit high energy and are better suited to being lapdogs. The modern breed is prone to several health problems, including cardiac conditions and a range of eye issues.

The King Charles is a friendly breed, to the extent that it is not typically as suitable as a watchdog as some breeds, though it may still bark to warn its owners of an approaching visitor. It is not a high energy breed, and enjoys the company of family members, being primarily a lapdog. Although able to bond well with children and tolerant of them, it will not accept rough handling. It prefers not to be left alone for long periods. Known as one of the quietest toy breeds, it is suitable for apartment living.

The breed can tolerate other pets well, although the King Charles still has the hunting instincts of its ancestors and may not always be friendly towards smaller animals. It is intelligent enough to be used for obedience work and, due to its stable temperament, it can be a successful therapy dog for hospitals and nursing homes.

Thanks to Rob Wooding of Thomwood King Charles Spaniels for supplying photos.

Dogs
We have exhibited and bred dogs since 1974, with many lovely dogs have lived ... read more
NSW