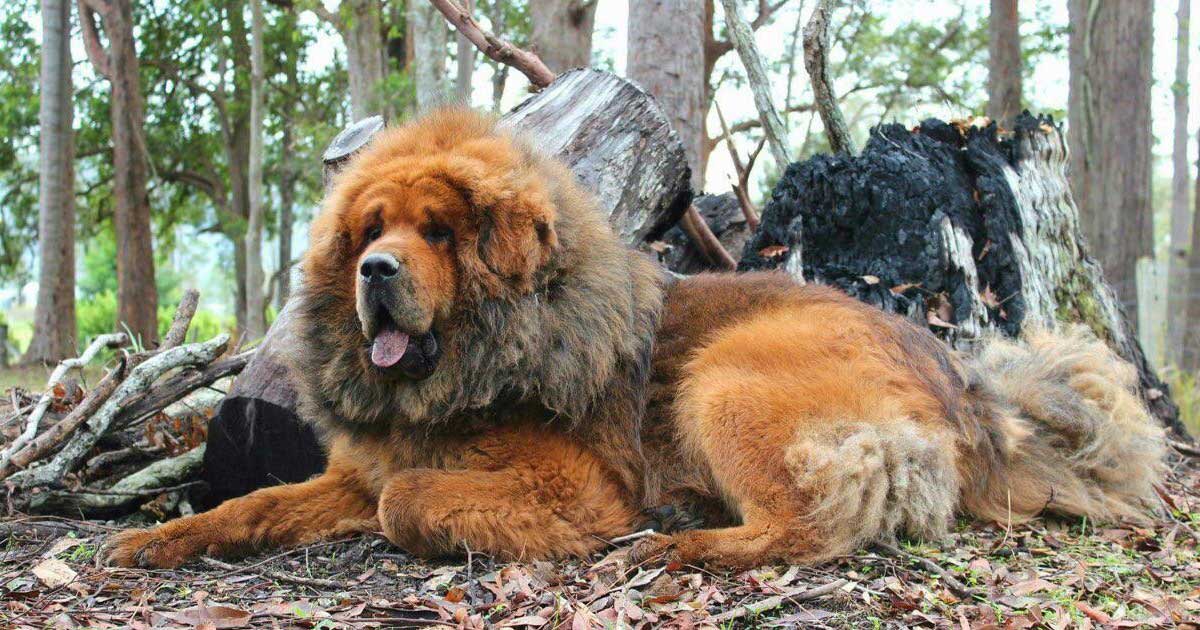 The Tibetan Mastiff is an ancient breed and type of domestic dog (Canis lupus familiaris) originating with nomadic cultures of Indian state of Himachal Pradesh, Uttarakhand, The Ladakh region in Jammu and Kashmir, Tibet and Central Asia.

As a flock guardian dog in Tibet and in the West, it is tenacious in its ability to confront predators the size of wolves and leopards. As a socialized, more domestic dog, it can thrive in a spacious, fenced yard with a canine companion, but it is generally not an appropriate dog for apartment living. The Western-bred dogs are generally more easy-going, although somewhat aloof with strangers coming to the home. Through hundreds of years of selective breeding for a protective flock and family guardian, the breed has been prized for being a nocturnal sentry, keeping would-be predators and intruders at bay, barking at sounds throughout the night. Leaving a Tibetan Mastiff outside all night with neighbors nearby is not recommended. They often sleep during the day to be more active, alert and aware at night.

Like all flock guardian breeds, they are intelligent and stubborn to a fault, so obedience training is recommended (although only mildly successful with some individuals) since this is a strong-willed, powerful breed. Unless they are to be used exclusively as livestock guardians, socialization is also critical with this breed because of their reserved nature with strangers and guardian instincts. They are excellent family dogs—for the right family. Owners must understand canine psychology and be willing and able to assume the primary leadership position. Lack of consistent, rational discipline can result in the creation of dangerous, unpredictable dogs (although this is true of virtually every dog breed). The protectiveness of Tibetan Mastiffs requires alertness and planning by the owner in order to avoid mishaps when the dog is simply performing as a guardian. The breed is not recommended for novice dog owners.

Currently, some breeders differentiate between two "types" of Tibetan Mastiff, the Do-khyi and the Chang-khyi. The Chang-khyi (which, to a Tibetan, means only "dog from Changthang" a place inhabited by nomads in eastern ladakh, India) is also referred to as the "monastery" type, described as generally taller, heavier, and more heavily boned, with more facial wrinkling and haw than the Do-khyior "nomad" type. Both types are often produced in the same litter with the larger, heavier pups being more rare.

The Tibetan Mastiff is considered a primitive breed. It typically retains the hardiness which would be required for it to survive in Tibet and the high-altitude Himalayan range, including the northern part of Nepal, India and Bhutan. Instinctive behaviors including canine pack behavior contributed to the survival of the breed in harsh environments. It is one of the few primitive dog breeds that retains a single estrus per year instead of two, even at much lower altitudes and in much more temperate climates than its native climate. This characteristic is also found in wild canids such as the wolf.  Estrus usually takes place during late fall in the Northern Hemisphere, while most Tibetan Mastiff puppies in Australia are born in June & July.

Dogs
We have devoted our lives to this extraordinary breed and are here for you. We ... read more
TAS