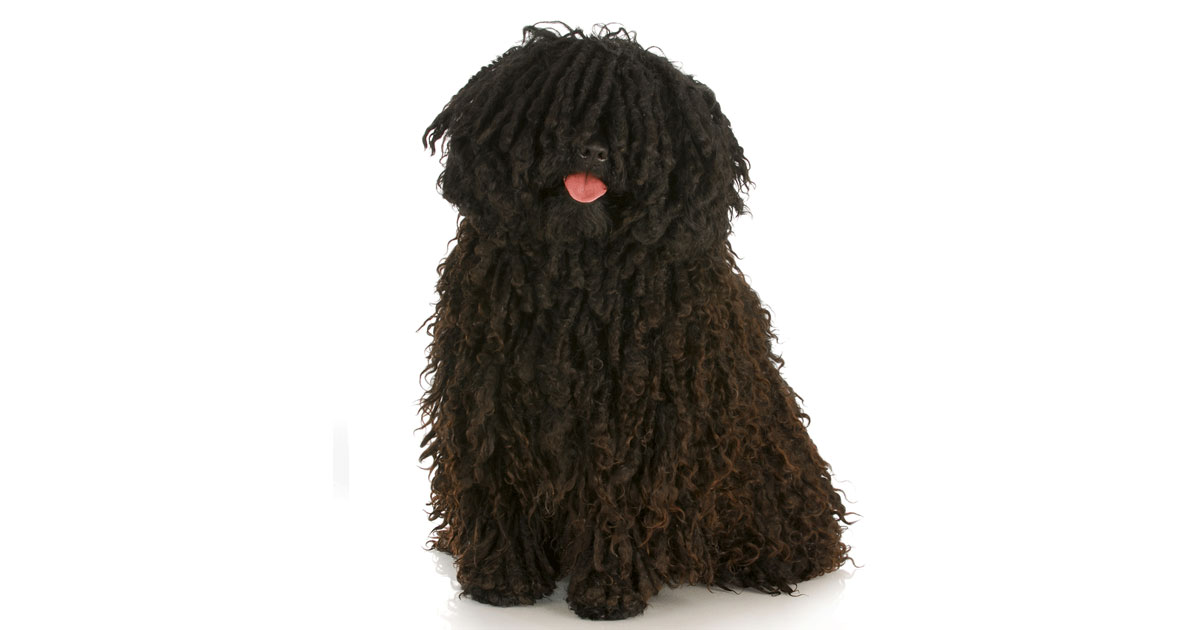 The Puli is a small-medium breed of Hungarian herding and livestock guarding dog known for its long, corded coat. The tight curls of the coat, similar to dreadlocks, make it virtually waterproof. A similar looking, but much larger Hungarian dog breed is called Komondor.

Pulis are valued for their energy and determination, which is a result of their sheepdog history. Every Puli is a natural shepherd, and instinctively knows how to herd a flock of sheep or livestock, even if they have been raised as a family dog and never been trained to do it. It is advisable to start training the Puli early, especially obedience. They are very independent, strong-willed and hard to train in adulthood.

Pulis are reasonably intelligent, agile dogs. Despite their bulky appearance and very thick coat they are very fast, agile and able to change directions instantly and are obedient enough to train for athletic competition. They are devoted and form close bonds with their owners.

The breed is intelligent and can do well in obedience training if begun early. Traditionally, the Puli dog breed was used both as a livestock guarding dog, and herding dog as well. They make very good guard dogs, as they are very protective of their master and territory. The Puli is sensitive, fun loving, courageous, but also at times tough and headstrong.

They are loyal to their owners and wary of strangers. They are highly active and keep a playful, puppy-like behavior their entire life. They need a lot of exercise and free space, preferably outdoors. They can be trained and housebroken, but Pulik are generally not very well suited to be city or indoor pets. When restricted to closed spaces for long times, they grow restless and might develop unwanted personality traits, such as becoming hyperactive or, instead, increasingly aloof and lazy.

As a working dog, the Puli is very obedient, focused and determined when assigned a task. Some of them are used as police dogs. As a livestock guarding dog they are fiercely protective of their territory and flock, and, despite their relatively small size, will fearlessly try to scare and drive any intruder away, however they very rarely inflict any real injuries.

As a family dog, they make good security dogs and faithful family guardians. They can be very friendly and playful, even in old age. They regard their family as their flock, and will keep their distance until they are sure a stranger is not a threat. When annoyed, they may attack without warning, so a considerable distance may be advisable for strangers. They can be extremely independent and obstinate, and only accept strong willed individuals as master.