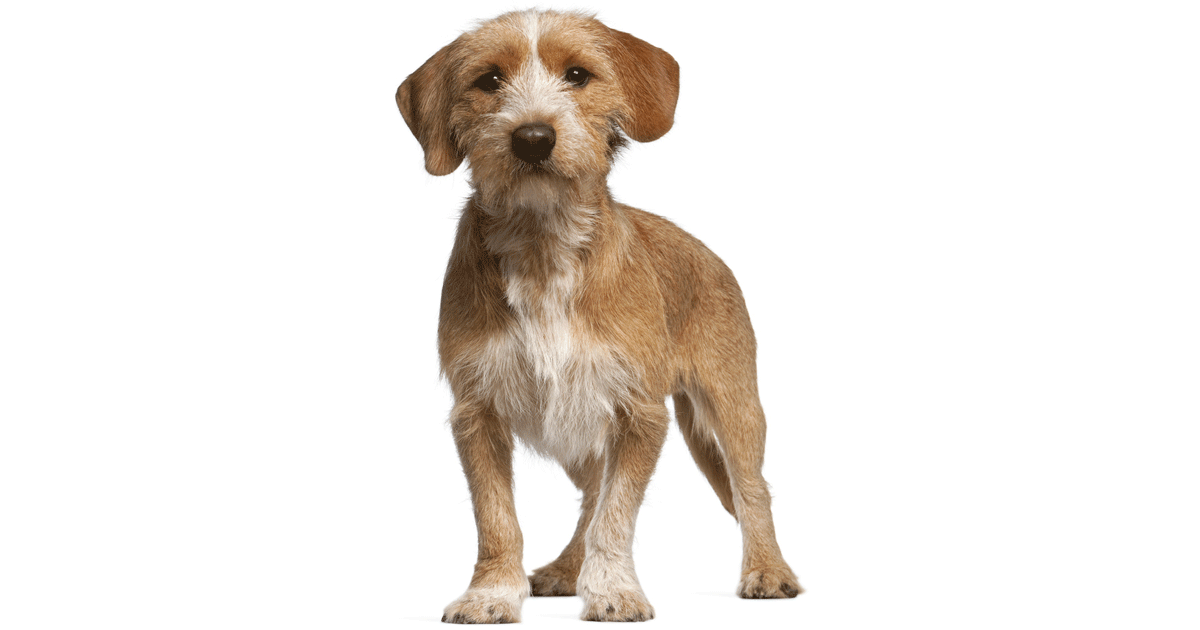 The Basset Fauve de Bretagne is a short legged hunting breed of dog of the scent hound type, originally from Brittany, a historical kingdom of France.

The Basset Fauve de Bretagne became established as a distinct breed early in the 19thC and was introduced to the UK in 1983. Overall a very sound dog they do not appear to suffer from any particular hereditary defects. However, like all hounds they are of an independent turn of mind, and early training in puppyhood will reap dividends later. It is never realistic to expect a hound to be obedient, as they have their own agenda much of the time, but they should become fairly co-operative. The coat is easy to care for; a regular brush will keep it smart, but, like a terrier he will need stripping two or three times a year. This is not a difficult task though you may prefer to leave it to a grooming parlour. A cheerful and equable breed, the Basset Fauve de Bretagne is of a size to make a handy housedog, though has a great taste for exercise and thoroughly enjoys getting out into the fields. Most Basset Fauve de Bretagne's can be understood because their eyes are very clear and their ears turn out when they are nervous or unsure.

The Basset Fauve de Bretagne is a smallish hound, built along the same lines as the Basset Hound, but lighter all through and longer in the leg. Wire-coated, the coat is very harsh to the touch, dense, red-wheaten or fawn.  They have coarse, dense fur which may require stripping. The hair on the ears is shorter, finer and darker than that on the coat. The ears just reach the end of the nose rather than trailing on the ground and should be pleated. They should have dark eyes and nose and ideally no crook on the front legs. The French standard says these are the shortest backed of all the basset breeds so they generally do not appear as exaggerated as the British Basset.

Dogs
At Bayparque we strive to produce Bassets and Clumbers that are sound, have ... read more
Australia