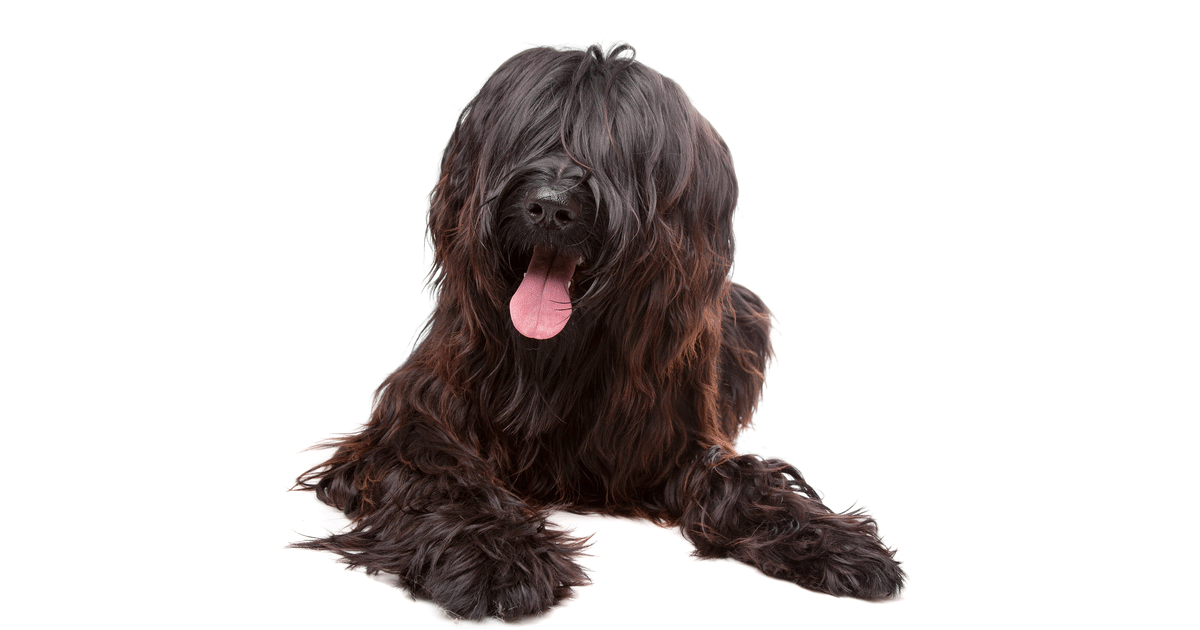 The Briard is an ancient breed of large herding dog, originally from France. A Briard-type dog appears in Gaston Febus' Livre de chasse ("Book of the Hunt"), written in the 14th century. According to legend, about the same time, a Briard fought a judicial duel with Robert Macaire to avenge its owner's murder, Aubry of Montdidier.

The became popular after the Paris dog show of 1863, after the breed had been fixed, with crosses with the Beauceron and the Barbet. During the First World War, the Briard was used, almost to the point of extinction, by the French Army as a sentry, messenger, and to search for wounded soldiers. The Briard's modern-day roles include police, military and search-and-rescue work, as well as companion dog.

The Briard is a very loyal and protective breed, and is sometimes called "a heart of gold wrapped in fur". Once they have bonded to their family members, they will be very protective. They can be aloof with strangers - new introductions should be on the dog's terms, including furniture or the addition of a new baby into the household. They require showing that the new intrusion is friendly and free of conflict. They must be taught that it is a good thing and not harmful. They have proven to be a very good breed to have around children of all ages. Indeed, these dogs rapidly develop an affection to their owners. They are really emotional, capable of crying for a long time after their owners' departure and celebrate their return in a very enthusiastic way.

It is also important that the Briard be introduced to several different individuals of all ages and in all types of situations. Socialization starting at a very young age is mandatory. Briards should be walked as often as possible, to many different places, and they will develop into a well rounded animal. Pet stores, city parks and malls are a good place to start.

These are some of the traits that the Briard has retained throughout history. Even if a Briard is a city dweller, they have a degree of herding ability within them. If ever, during their lifetime, they are introduced to sheep or cattle, they will automatically start doing what they were bred to do, herding. They will even herd humans by nibbling on their ankles or guiding with their heads and guide them to his master if ordered.The Briard has a very good memory. Once a lesson is learned, good or bad, the knowledge will be retained for a long time to come. Sometimes they may appear to be strong minded and stubborn but these are a few of the Briard's characteristics. They were bred for centuries to think for themselves and to act upon their conclusions, sometimes to the point of thinking what the "flock" will do ahead of time.