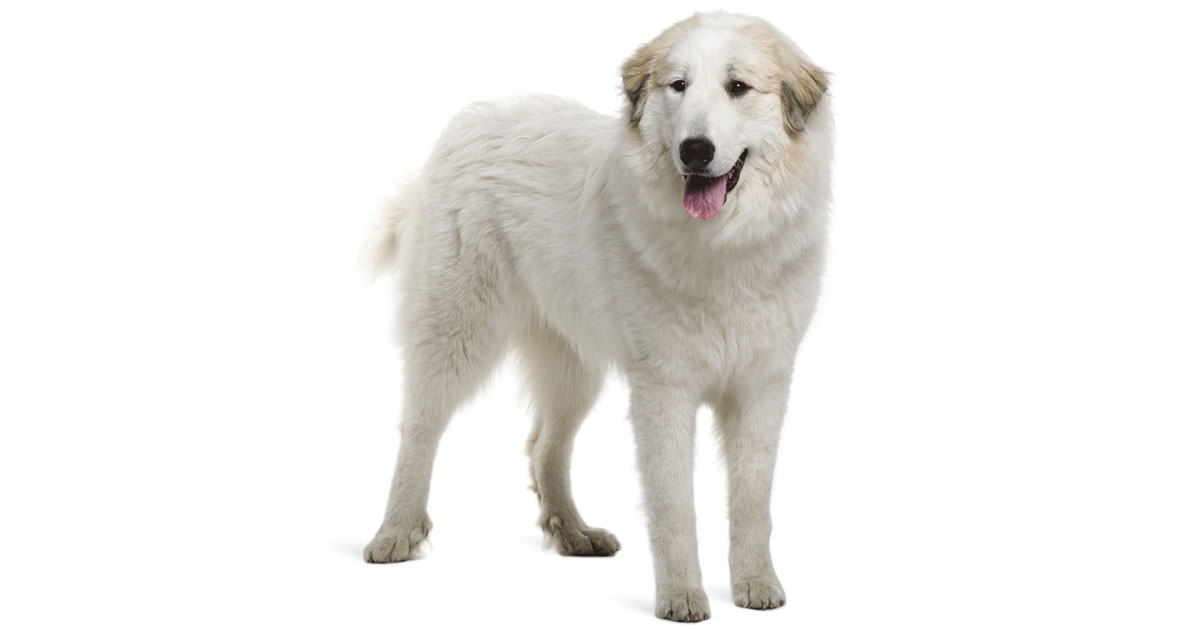 The Pyrenean Mountain Dog, also known as the Great Pyrenees in North America, is a large breed of dog used as a livestock guardian dog. It should not be confused with the Pyrenean Mastiff.

The Great Pyrenees is a very old breed that has been used for hundreds of years by shepherds, including those of the Basque people, who inhabit parts of the region in and around the Pyrenees Mountains of southern France and northern Spain. One of the first descriptions of the breed dates from 1407, and from 1675 the breed was a favorite of The Grand Dauphin and other members of the French aristocracy. By the early nineteenth century there was a thriving market for the dogs in mountain towns, from where they would be taken to other parts of France. It was developed to be agile in order to guard sheep on steep, mountainous slopes.

As late as 1874 the breed was not completely standardized in appearance, with two major sub-types recorded, the Western and the Eastern. They are related to several other large white European livestock guardian dogs (LGD), including the Italian Maremma Sheepdog, Kuvasz (Hungary), Akbash Dog(Turkey) and Polish Tatra or Polski Owczarek Podhalanski, and somewhat less closely to the Newfoundland and St. Bernard. According to the Great Pyrenees Club of America, the Great Pyrenees is naturally nocturnal and aggressive with any predators that may harm its flock. However, the breed can typically be trusted with small, young, and helpless animals of any kind due to its natural guardian instinct.

In nature, the Great Pyrenees is confident, gentle (especially with children), and affectionate. While territorial and protective of its flock or family when necessary, its general demeanor is of composure and patience and loyalty. It is a strong willed, independent and reserved breed. It is also attentive, quite fearless and loyal to its duties. The Great Pyrenees' size makes it an imposing guardian. A dog of this breed will patrol its perimeter and may wander away if left off its leash in an unenclosed space. The Great Pyrenees protects its flock by barking, and being nocturnal, tends to bark at night unless trained against such behavior.

The Great Pyrenees can be slow to learn new commands, slow to obey, and somewhat stubborn to train. For this reason the breed is ranked #64 (out of 79 ranks covering 131 breeds) in Stanley Coren's The Intelligence of Dogs. Despite this relative stubbornness, it is quite unusual for the Great Pyrenees to become aggressive or turn on its master. It is wary of strangers if the person is not allowed in the house, but will settle down if the owner of the dog seems comfortable with the stranger. This dog was originally bred to be a livestock guard dog, and can still be found doing that job on farms and ranches.

Pyrenees are SO FLUFFY! Don't forget to tag a friend who would love to cuddle with these adorable pups!

Posted by Animalist on Saturday, 5 September 2015