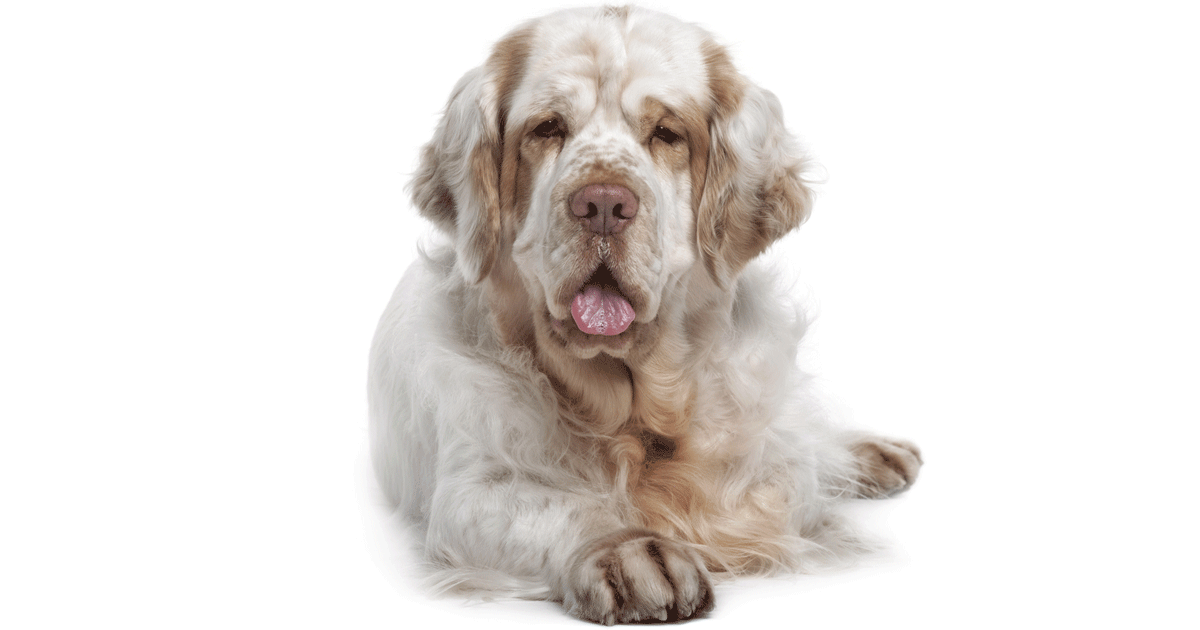 The Clumber Spaniel is a breed of dog of the spaniel type, developed in the United Kingdom. It is the largest of the spaniels, and comes in predominantly one colour. The name of the breed is taken from Clumber Park in Nottinghamshire. It is a gundog that specialises in hunting in heavy cover. They are gentle and loyal, and can act aloof with strangers. They have several habits which could be considered disadvantages, including a constant shedding of its coat, snoring and the production of excessive drool.

The history of the breed is uncertain prior to the mid-19th century with two theories being prevalent. Clumber Spaniels have been kept and bred by various British Monarchs, including Prince Albert, King Edward VII and King George V. They were introduced into Canada in 1844, and in 1884 became one of the first ten breeds recognised by the American Kennel Club. The breed can suffer from a variety of breed-specific ailments varying in severity from temporary lameness due to bone growth whilst young to hip dysplasia or spinal disc herniation.

Their temperament is described as gentle, loyal and affectionate, but dignified and aloof with strangers. They can appear to be a sedate breed and enjoy curling up on the couch, eating and sleeping.

Clumber Spaniels shed at a medium pace. Clumbers tend to drool because of their very droopy flews. Clumbers have minds of their own, and puppies are especially curious and playful. The breed has a trophy mentality and the dog has an incessant need to carry something most of the time, unfortunately this can lead to health issues as they may ingest the items.

The breed has been used to hunt pheasant and partridge, in both small packs and alone. It is well-suited for work in upland hunting in dense cover, and although the Clumber is rather slow in the field compared to other spaniels, it is a quiet worker with a fine nose and good stamina. The broad muzzle of the breed allows it to retrieve a variety of game.

Dogs
Westobri Kennels is a small family run hobby kennel. We have had a long ... read more
Adelaide, SA