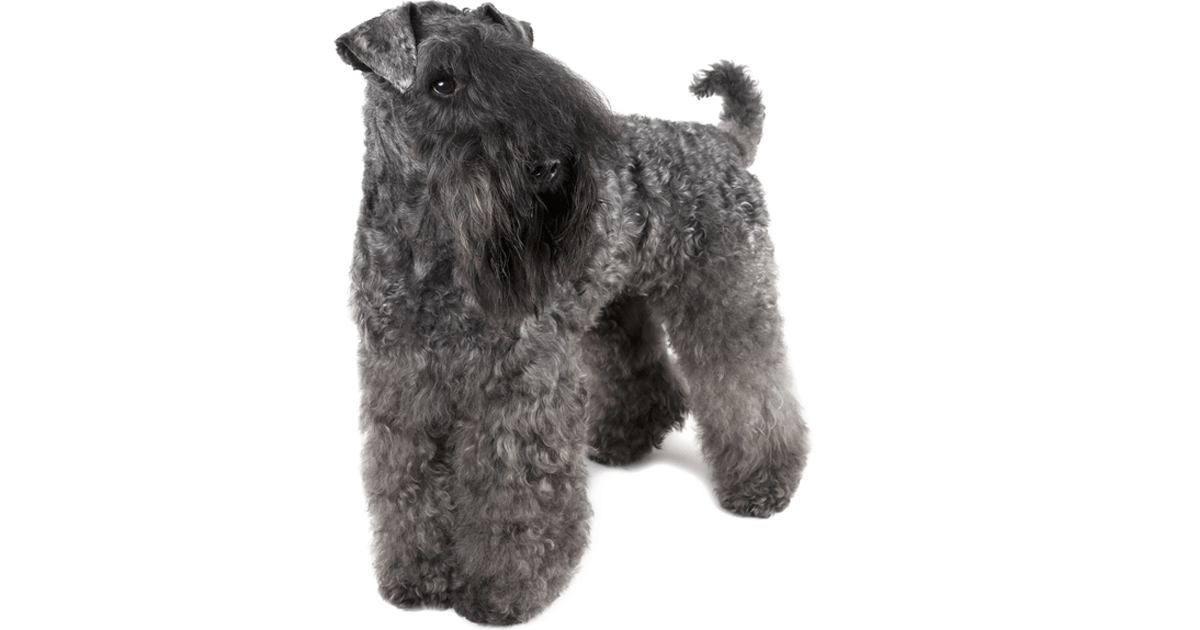 The Kerry Blue Terrier is a breed of dog. In Ireland it is often called the Irish Blue Terrier. Originally bred to control "vermin" including rats, rabbits, badgers, foxes, otters and hares, over time the Kerry became a general working dog used for a variety of jobs including herding cattle and sheep, and as a guard dog. Today the Kerry has spread around the world as a companion and working dog. Despite winning Crufts (the most important UK dog show) in 2000, it remains an unfashionable breed, still distinctly uncommon, but not as threatened as some of the other terrier breeds such as Skye Terrier, Sealyham Terrier, and Dandie Dinmont Terrier.
Skip to Registered Breeder list >

Kerry Blue Terriers are strong-headed and highly spirited. They have always been loyal and affectionate towards their owners and very gentle towards children but were often considered downright mean toward other animals including other dogs. In the early days of competitive dog showing the Irish Kennel Club required Kerries had to pass a "gameness" test, known as Teastas Mor certification, before they were deemed worthy of being judged. These tests included catching rabbits and bringing a badger to bay in its set. They are fast, strong, and intelligent. They do well in obedience, dog agility, sheep herding, and tracking. They have been used as police dogs in Ireland. Modern breeders have attempted to retain high spirits whilst breeding out aggression.

As a long-legged breed, the activity level of the Kerry Blue Terrier ranges from moderate to high. They require an active, skilled owner who can provide them with early socialization and obedience training. Kerries require daily exercise.

The Kerry has an amazing sense of humour/ "touch of the blarney"! Ideally owners should have a sense of humour themselves to fully appreciate a Kerry - "to be owned by a Kerry" is a famous quote in Kerry circles.