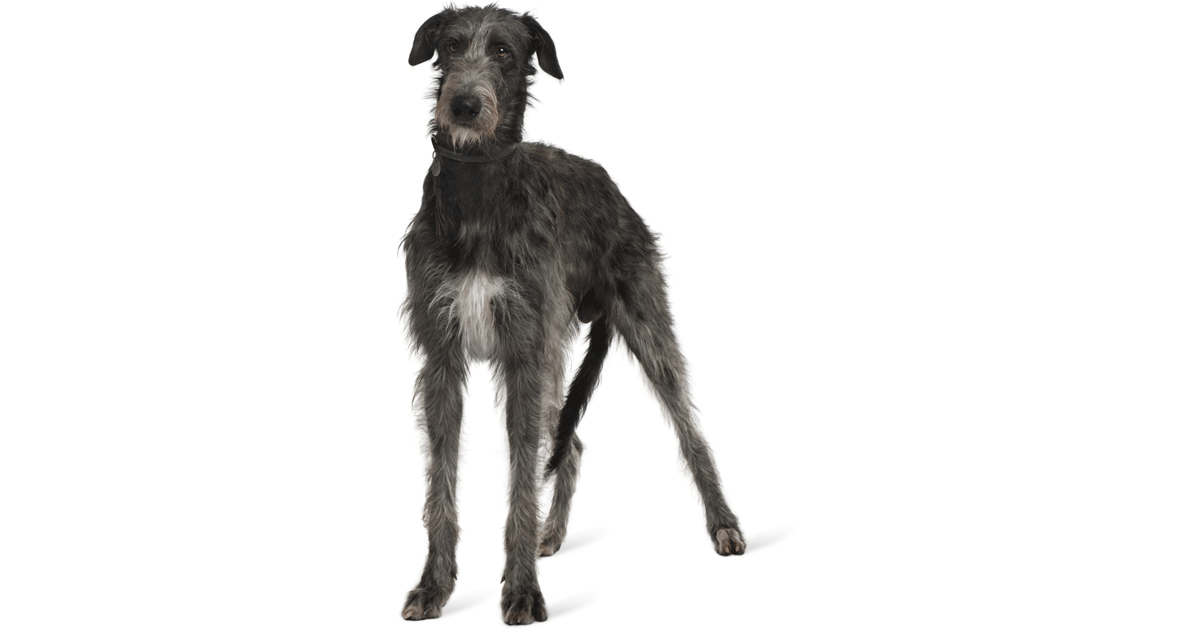 The Irish Wolfhound is a breed of domestic dog, specifically a sighthound. The name originates from its purpose (wolf hunting with dogs) rather than from its appearance. The breed was originally developed for use as war hounds as well as hunting and guarding its owners homes but over time it changed roles to become a modern day family pet. Irish Wolfhounds can be an imposing sight due to their formidable size; they are the tallest of all dog breeds.

An easygoing animal, Irish Wolfhounds are quiet by nature. Wolfhounds often create a strong bond with their family and can become quite destructive or morose if left alone for long periods of time. Despite the need for their own people, Wolfhounds generally are somewhat stand-offish with total strangers. They should not be territorially aggressive to other domestic dogs but are born with specialized skills and it is common for hounds at play to course another dog. This is a specific hunting behavior, not a fighting or territorial domination behavior. Most Wolfhounds are very gentle with children. The Irish Wolfhound is relatively easy to train. They respond well to firm, but gentle, consistent leadership. However, historically these dogs were required to work at great distances from their masters and think independently when hunting rather than waiting for detailed commands and this can still be seen in the breed.

The Wolfhound of today is far from the one that struck fear into the hearts of the Ancient Romans. Irish Wolfhounds are often favored for their loyalty, affection, patience and devotion. Although at some points in history they have been used as watchdogs, unlike some breeds, the Irish Wolfhound is usually unreliable in this role as they are often friendly toward strangers, although their size can be a natural deterrent. That said, when protection is required this dog is never found wanting. When they or their family are in any perceived danger they display a fearless nature. Author and Irish Wolfhound breeder Linda Glover believes the dogs' close affinity with humans makes them acutely aware and sensitive to ill will or malicious intentions leading to their excelling as a guardian rather than guard dog.

Dogs
Conghal is our start in the glorious world of the Irish Wolfhound.

Dogs
Breeding for type, soundness and temperament. Our aim is to produce happy and ... read more
NSW