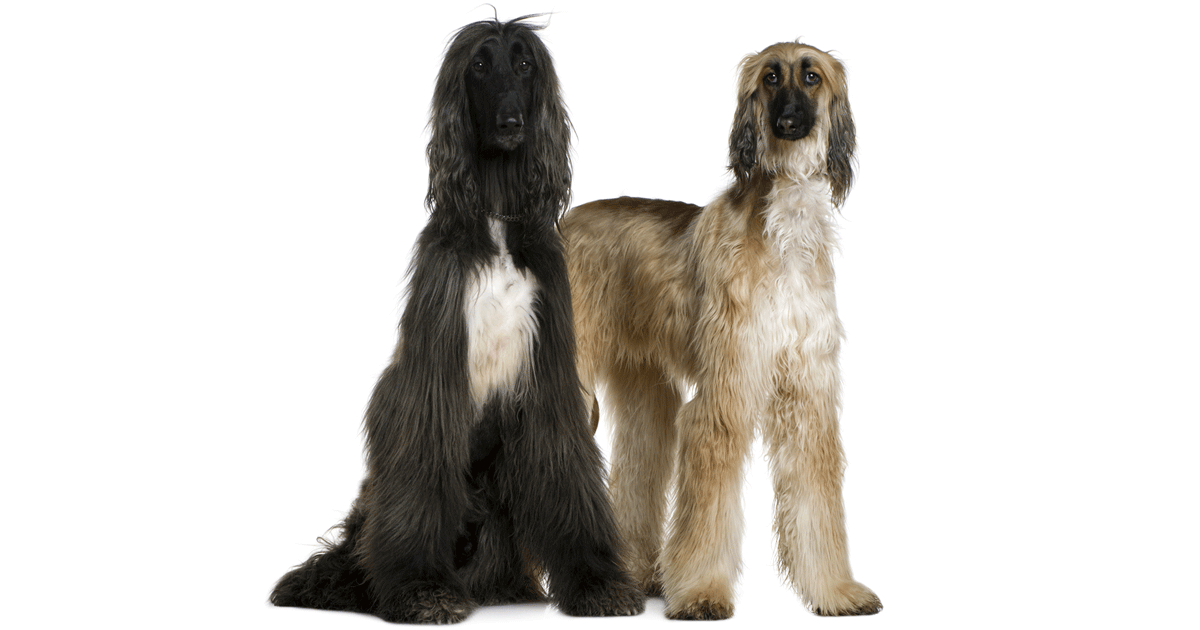 The Afghan Hound is a hound that is one of the oldest dog breeds in existence. Distinguished by its thick, fine, silky coat and its tail with a ring curl at the end, the breed acquired its unique features in the cold mountains of Afghanistan and east of Iran where it was originally used to hunt hares and gazelles by coursing them.  Other alternate names for this breed are Kuchi Hound, Balkh Hound, Baluchi Hound, Barutzy Hound, Shalgar Hound, Kabul Hound, Galanday Hound, or sometimes incorrectly African Hound.

The spectacular beauty of Afghan Hound dogs caused them to become highly desirable showdogs and pets, and they are recognised by all of the major kennel clubs in the English-speaking world. One of the Amps Ghazni, Sirdar, won BIS at Crufts in 1928 and 1930. An Afghan hound was featured on the cover of Life Magazine, November 26, 1945. "Afghan Hounds were the most popular in Australia in the 1970s…and won most of the major shows". An Afghan Hound won BIS (Best in Show) at the 1996 World Dog Show in Budapest. Afghan hounds were BIS at the Westminster Kennel Club Dog Show in 1957 and again in 1983.That win also marked the most recent win at Westminster for breeder-owner-handler, Chris Terrell.

The temperament of the typical Afghan Hound can be aloof and dignified, but happy and clownish when it's playing. This breed, as is the case with many sighthounds, has a high prey drive and may not get along with small animals. The Afghan Hounds' reasoning skills have made it a successful competitor in dog agility trials as well as an intuitive therapy dog and companion. Genomic studies have pointed to the Afghan Hound as one of the oldest of dog breeds. The breed has a reputation among some dog trainers of having a relatively slow "obedience intelligence" as defined by author Stanley Coren in The Intelligence of Dogs.

Afghans are a healthy and normally long lived breed (12 plus years is fairly regular), neither allergies nor Hip Dysplasia are common in the breed, although of course like any other breed these problems may be present. Chylothorax is known but again it is not documented that they are among the dog breeds most likely to develop this.

Dogs
We have been breeding Afghan Hounds since 1962. At least 224 conformation ... read more
Menangle Park, NSW