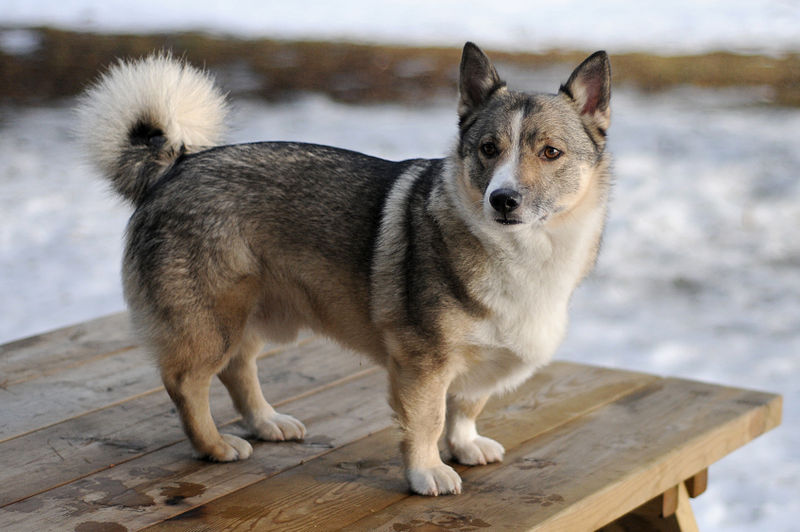 The Swedish vallhund also called "västgötaspets" is a breed of dog. It is believed that the Swedish vallhund distinguished itself during the age of Vikings, more than 1,000 years ago. Known as the "Viking dog", the vallhund was bred to herd cattle, catch vermin (such as rats), and guard the home. The vallhund was also referred to as "the little cattle dog of the Vikings".

This breed makes a great companion and can also be used for herding and ratting. They love human attention and are very devoted to their owners. They are a clownish type dog and can be a show-off at times. The Swedish vallhund is responsive and even-tempered with most people, but they can be wary of strangers and should be properly socialized and trained as a puppy as to avoid over-protective behavior as an adult. They are also known for heel nipping due to their inbuilt herding traits. This is a habit that can either be encouraged for working farm dogs or discouraged in companion pets.

Dogs
I am very happy to introduce Balgravia Swedish Vallhunds.

Dogs
Owning a Vallhund was a long held dream of mine, so once I was in a position to ... read more
QLD