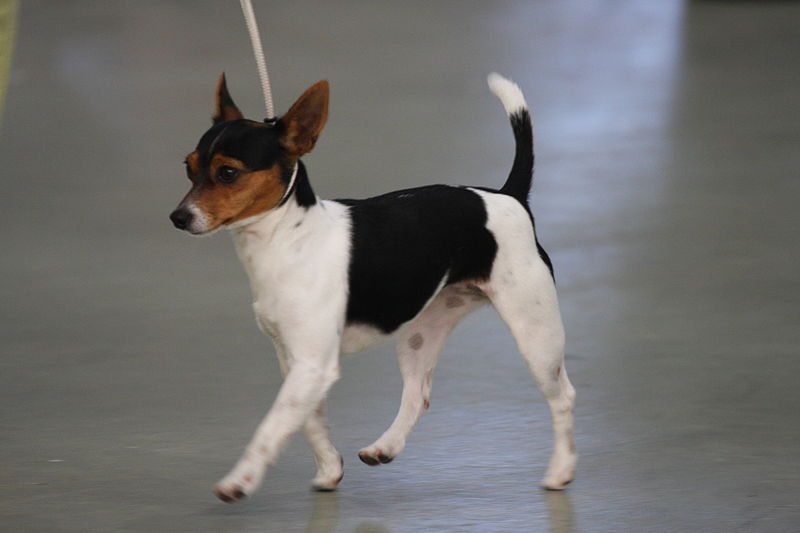 Australian in development, the forebears of the Tenterfield Terrier accompanied Australia's first white settlers who sailed from Portsmouth in England's south. These small basically white dogs were bred for ratting, typically by hunters. Today they are strong, hardy, active and agile, their smooth short coat making them 'easy care' family companions. Their unique feature is their naturally occurring bob tail which can come in any length.

Despite its small stature, the dog is friendly with an outgoing, adaptable nature, bold in the way of terriers and is intelligent. The coat is low maintenance for grooming purposes. Although they can live to 20 years in good health, the average lifespan is from 12 to 14 years.

The Tenterfield Terrier breed standard differs from that of the Miniature Fox Terrier, and although they are sometimes confused, the two dogs have been developing along divergent lines for some time and are now separate breeds.