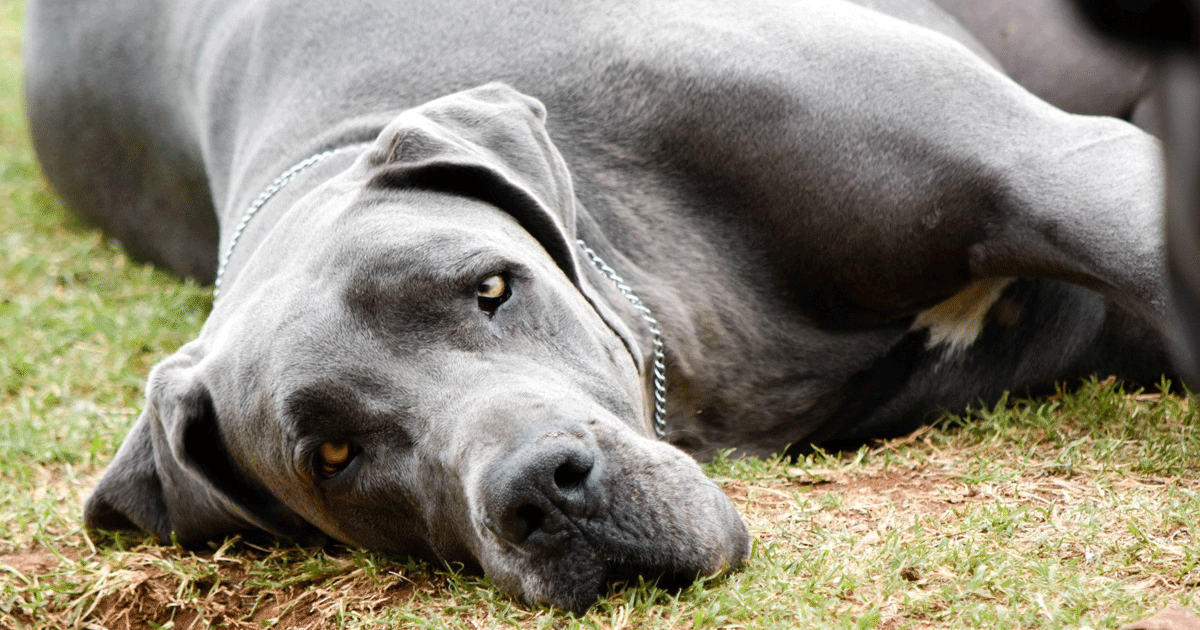 The Great Dane is a large German breed known for its enormous body and great height. The Great Dane combines, in its regal appearance, dignity, strength and elegance with great size and a powerful, well-formed, smoothly muscled body. It is one of the giant working breeds, but is unique in that its general conformation must be so well balanced that it never appears clumsy, and shall move with a long reach and powerful drive.

The Great Dane's large and imposing appearance belies its friendly nature. They are known for seeking physical affection with their owners, and the breed is often referred to as a "gentle giant".

Great Danes are generally well disposed toward other dogs, other non-canine pets, and familiar humans. They generally do not exhibit extreme aggressiveness or a high prey drive. The Great Dane is a very gentle and loving animal and with the proper care and training is great around children, especially when being raised with them. However, if not properly socialized then a Great Dane may become fearful or aggressive towards new stimuli, such as strangers and new environments.

Great Danes are a breed recommended for families provided that they get trained early and onwards, regarded by animal experts due to their preference for sitting on and leaning against owners as "the world's biggest 'lapdog.

Like many larger breeds, Great Danes are at particular risk for hip dysplasia.  Dilated cardiomyopathy (DCM) and many congenital heart diseases are also commonly found in the Great Dane, leading to its nickname: the Heartbreak breed, in conjunction with its shorter lifespan.   If they have two merle genes (which produce excessive white markings) they may have many health issues such as deafness, blindness, or other debilitating ocular issues. Great Danes can also develop wobbler disease, a condition affecting the vertebral column. Since these dogs do grow at a rapid rate, the bones in their vertebae can push up against the spinal cord and cause a little bit of weakness in the legs. This can be treated with surgery or it may straighten itself out.

Many thanks to Okelani Great Danes for sharing photos of your gorgeous pups.

Dogs
Owning a Vallhund was a long held dream of mine, so once I was in a position to ... read more
QLD
MacTrim Great Danes - Great Dane Breeder - Harrisville, QLD

Dogs
We are a family that loves animals. We live on a farm in the New England of ... read more
NSW

Great Danes Are The Greatest!

Great Danes are just giant cuddle bugs! Here's proof. Don't forget to tag a friend who knows this is true.But are they cuter than these baby goats? See now: http://anmlst.co/1UldtAY

Posted by Animalist on Friday, 4 September 2015