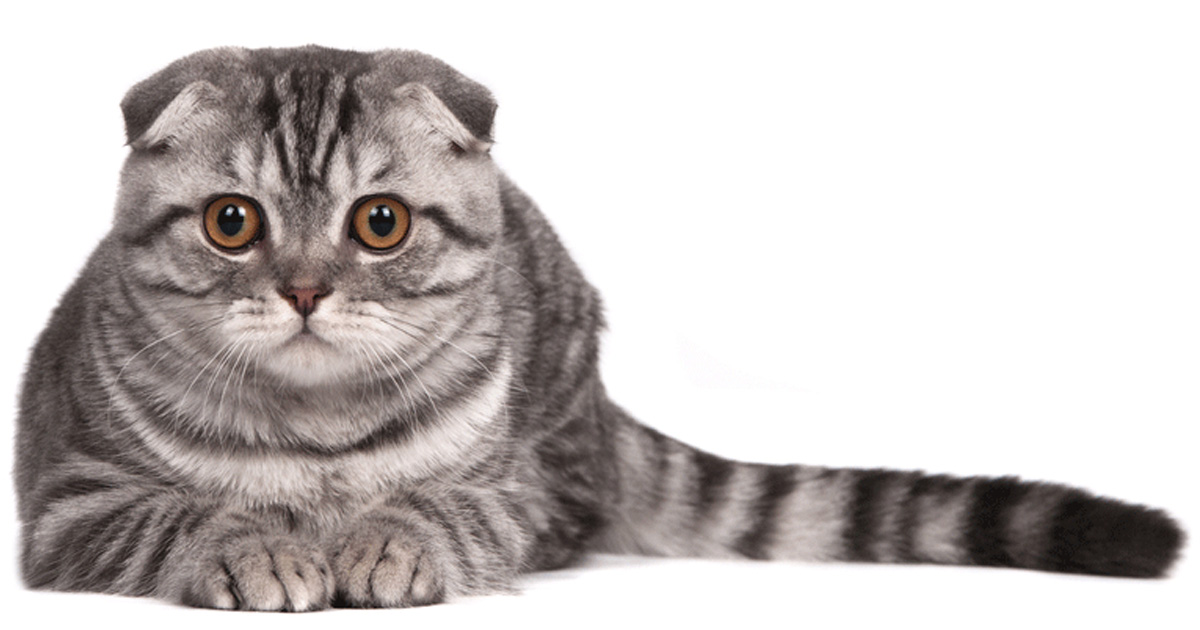 The Scottish Fold is a breed of cat with a natural dominant-gene mutation that makes its ear cartilage contain a fold, causing the ears to bend forward and down towards the front of their head, which gives the cat what is often described as an "owl-like" appearance.

All Folds are born with straight, unfolded ears, and those with the Fold gene will begin to show the fold usually within about 21 days. The kittens that do not develop folded ears are known as Straights. The original cats only had one fold in their ears, but due to selective breeding, breeders have increased the fold to a double or triple crease that causes the ear to lie totally flat against the head.

Scottish Folds, whether with folded ears or with normal ears, are typically good-natured and placid and adjust to other animals within a household extremely well. They tend to become very attached to their human caregivers and are by nature quite affectionate. Folds receive high marks for playfulness, affection, and grooming, and are often intelligent, loyal, softspoken, and adaptable to home situations, people and children.

Check our listings for Kittens for sale here and click on the links to our breeders below to go to their profile page.  You can also click here to search for Registered Scottish Fold Breeders by location.

Cats
I am a registered breeder with the NSWCFA under the prefix of Bluebella. My ... read more
NSW
Chloris Cattery - British Shorthair & Scottish Fold Cat Breeder - Melbourne, VIC

Cats
WE WILL HAVE KITTENS AVAILABLE AUTUMN 2022.

Cats
The American Shorthair is a cat that will be a gentle companion, a playmate for ... read more
QLD
Salvador Scottish Folds - SE QLD

Cats
Hello, let me introduce myself,my name is Annette Platten and I have been a ... read more
VIC