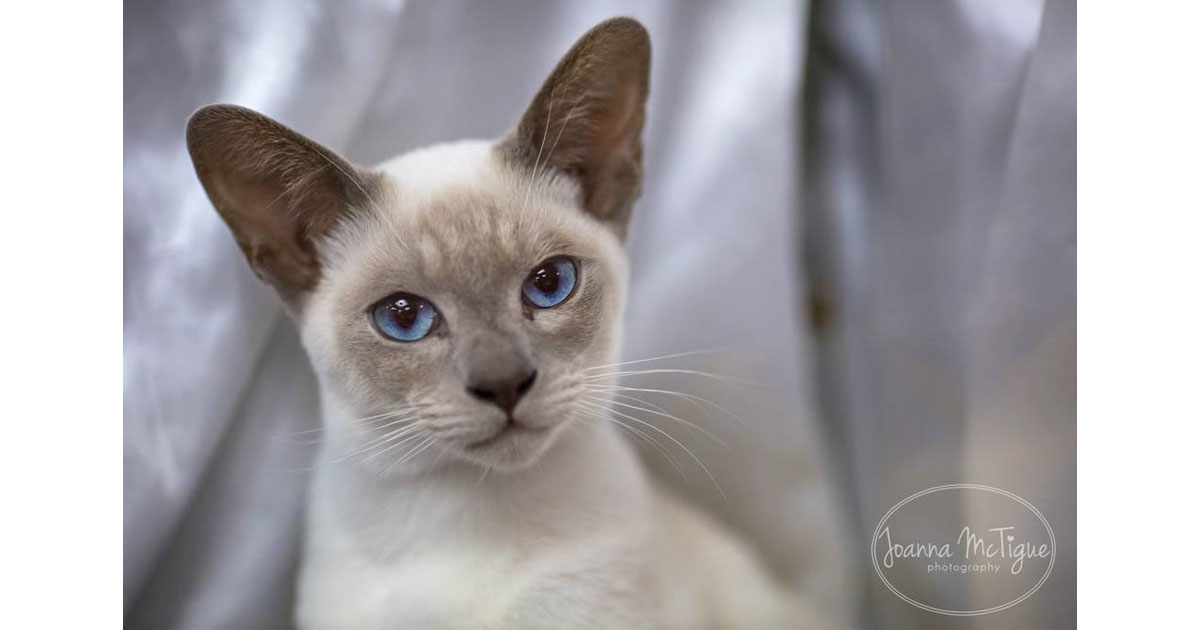 Tonkinese are a medium-sized cat breed distinguished by points as with Siamese and Burmese breeds. They are lively, friendly, often talkative cats, with gregarious personalities, and can live indoors if given enough exercise. They are commonly referred to as ‘Tonks.’ As with many cat breeds, the exact history of the Tonkinese varies to some degree depending on the historian. They also have fur markings of the Siamese and the Birman cats such as the Siamese cats points on the ears, face, back, tail, and paws. They can have big dark paws, a stocky muscular build in the body, head, and paws. The coloration can be darker or lighter depending on weather.

The Tonkinese has a winsome personality, not surprising since the Burmese and Siamese are prized for their temperaments. Faithful followers say the Tonkinese has the best of both breeds. Its voice is milder in tone than the Siamese, whose distinctive meow is often likened to a duck's quack. This meow can be particularly annoying when they are trying to seek attention. The Tonkinese craves, and returns, affection and companionship. It has an unflagging enthusiasm for life and life's pleasures, and loves interactive toys such as human fingers and the tails of its cat companions. It makes every close encounter a game.

Check our listings for Kittens for sale here and click on the links to our breeders below to go to their profile page.  You can also click here to search for Registered Tonkinese Breeders by location.

Cats
We are now in albury but still take our kittens to airport west for pick up ... read more
NSW
Jateki - Burmese & Tonkinese Cat Breeder - Queensland

Cats
I've lived with cats all my life and loved every minute spent with them. They ... read more
QLD
Littlebell Cattery - Tonkinese, Burmese, Orientals - Berry, NSW