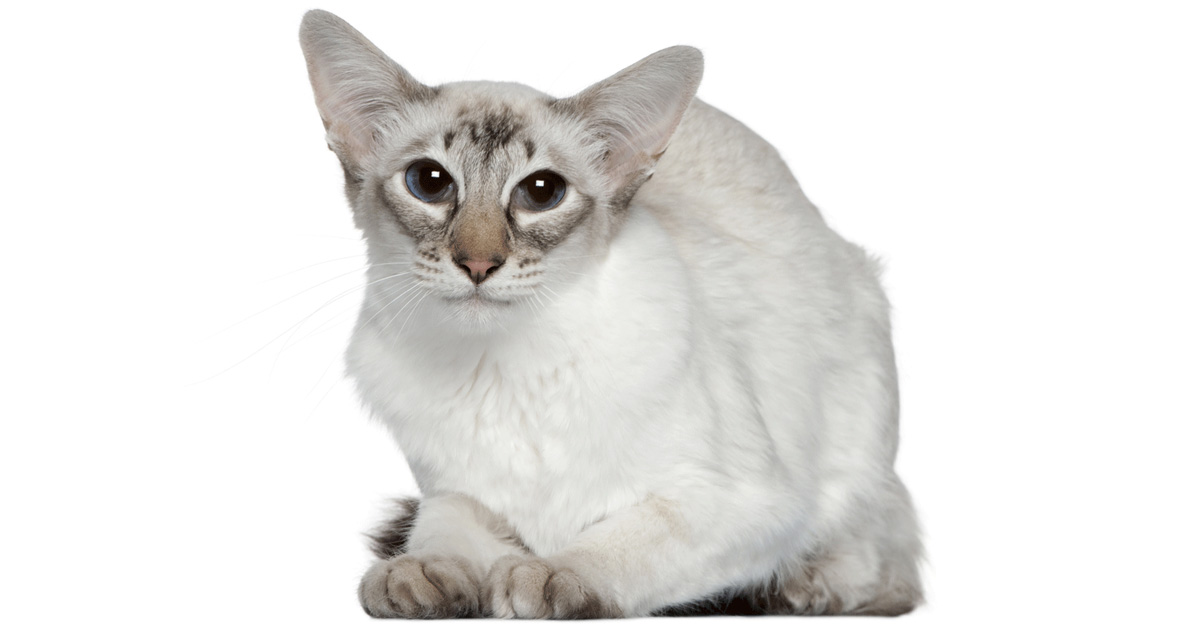 The Balinese is breed of domestic cat with long hair and Siamese-style point coloration. It is also known as a Longhaired Siamese, since it is essentially a mutation of the Siamese with a medium-length silky coat and a plumed tail. The Balinese is extremely similar to the Javanese; all non-pointed Balinese cats are considered Javanese. They are known for their gregarious natures.

Like the Siamese, the Balinese loves attention; it is very playful and fond of human company. It is a vocal breed which may vocalize for no apparent reason, albeit at lower volume than the Siamese. Balinese cats rarely scratch when irritated, but they moan and growl and sometimes hiss. They are also known for being quite acrobatic.

Like the Siamese, there are now two different varieties of Balinese being bred and shown – "traditional" and "contemporary". The traditional has a coat approximately two inches long over its entire body and it is a sturdy and robust cat with a semi-rounded muzzle and ears. The traditional closely resembles the Ragdoll breed, though they do not share any of the same genes or breeding other than having a partially Siamese ancestry. A contemporary has a much shorter coat and is virtually identical to a standard show Siamese except for its tail, which is a graceful silky plume.

The Balinese cat is rated the highest in intelligence of all the long-haired breeds, rated 9–10. In comparison: Persians are rated as 6 and Himalayans as 7.

Balinese also ranks highly on the list of Hypo Allergenic breeds, and they are low maintenance as they only have a single coat and do not require brushing.

Check our listings for Kittens for sale here and click on the links to our breeders below to go to their profile page.  You can also click here to search for Registered Balinese Breeders by location.