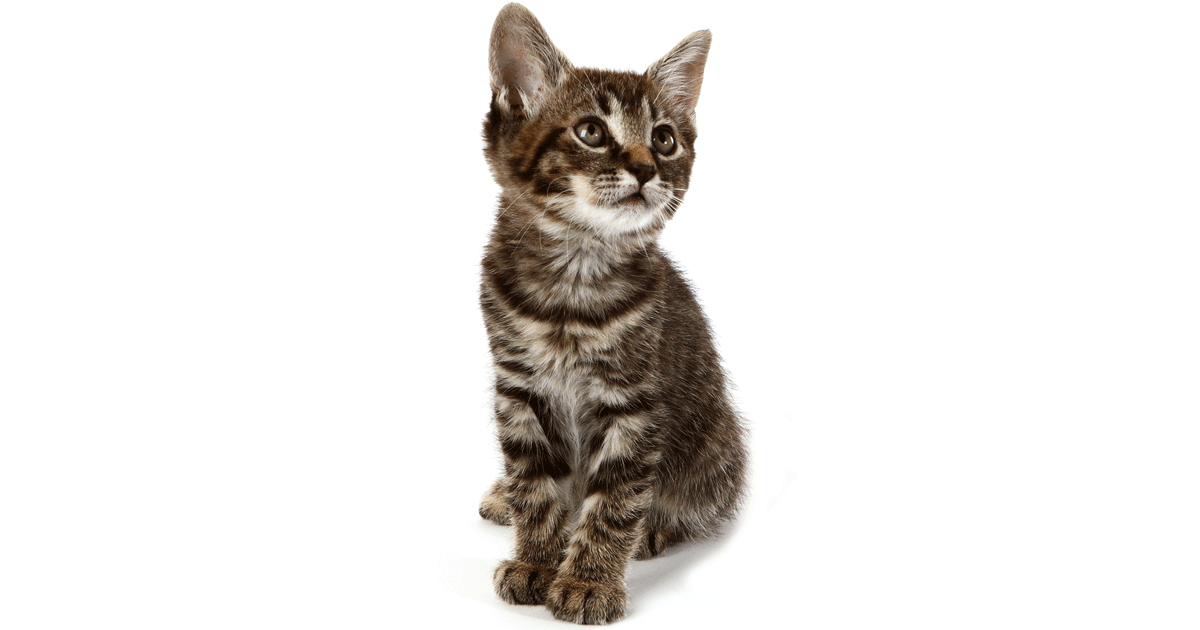 The Manx cat, in earlier times often spelled Manks, is a breed of domestic cat originating on the Isle of Man, with a naturally occurring mutation that shortens the tail. Many Manx have a small stub of a tail, but Manx cats are best known as being entirely tailless; this is the most distinguishing characteristic of the breed, along with elongated hind legs and a rounded head. Manx cats come in all coat colours and patterns, though all-white specimens are rare, and the coat range of the original stock was more limited. Long-haired variants are sometimes considered a separate breed, the Cymric. Manx are prized as skilled hunters, and thus have often been sought by farmers with rodent problems, and been a preferred ship's cat breed. They are said to be social, tame and active. An old local term for the cats on their home island is stubbin. Manx have been exhibited in cat shows since the 1800s, with the first known breed standard published in 1903.

As with all cat breeds, the cat fancy has arrived through observation at a variety of generalisations about the Manx breed as a whole. No scientific studies have yet been done to prove these assumptions, even on average, but they are widely held. The Manx is considered a social and gregarious feline, and very attached to humans, but also shy of strangers. The breed is said to be highly intelligent, playful, and in its behaviour reminiscent of dogs. For example, like some Maine Coons and a few other breeds, Manx cats often learn to fetch small thrown objects. They may also follow their owners about like puppies, and are believed to be better able to learn simple verbal commands than most cats.

Many of these views of the breed are not known to have a very long pedigree. Lane's early and experienced account of the temperament of this "variety, which is quaint and interesting" is simply that they are "docile, good-tempered and sociable", and that a prize specimen should be "an alert, active animal of much power and energetic character."

Manx are prized as hunters, known to take down larger prey even when they are young. They have long been sought as mousers by farmers. A strong preference for them as ship's cats is thought to be responsible for the world-wide spread (port to port) of what originated as a very limited, insular breed.

Although all cats, including the great cats, may use both rear legs simultaneously to propel the body forward, especially when moving quickly, Manx cats are often said to move with more of a rabbit-like hop than a stride even when not running.

Check our listings for Kittens for sale here and click on the links to our breeders below to go to their profile page.  You can also click here to search for Registered Manx Breeders by location.