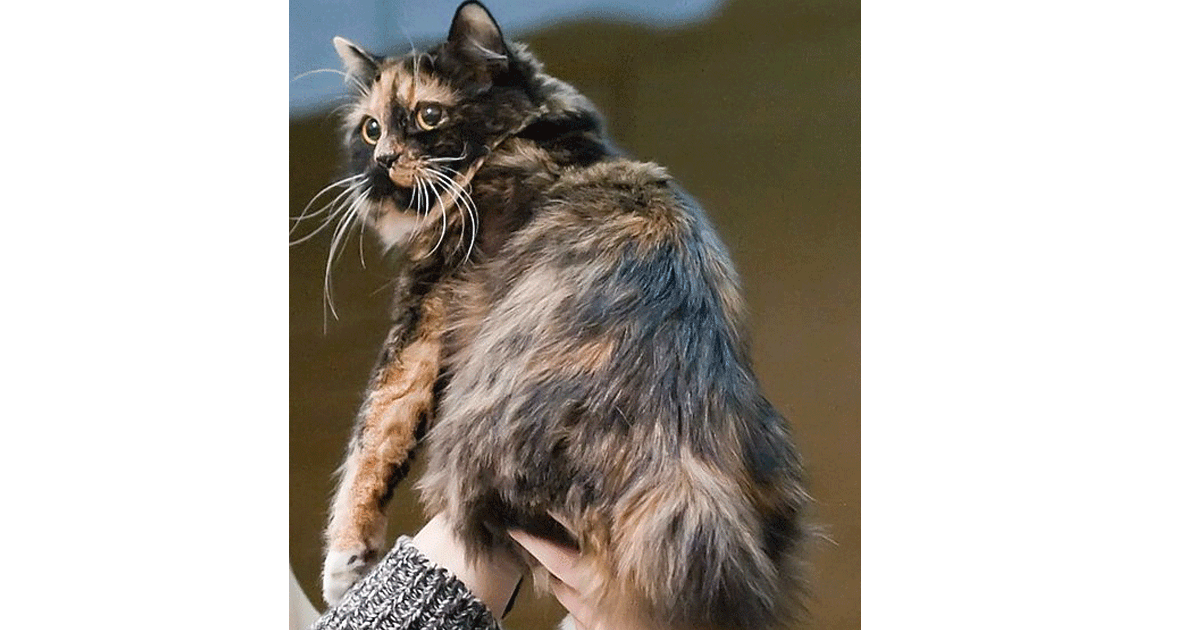 The Cymric is a breed of domestic cat. Some cat registries consider the Cymric simply a semi-long-haired variety of the Manx breed, rather than a separate breed. Except for the length of fur, in all other respects the two varieties are the same, and kittens of either sort may appear in the same litter. The name comes from Cymru, the indigenous Welsh name of Wales, though the breed is not associated with Wales, and the name was possibly given as an attempt to provide a "Celtic"-sounding name for the breed. The breed's Manx bloodline originated in the Isle of Man, though Canada claims to have developed the long-haired variant. The breed is called the Longhair Manx or a similar name by some registries.

The Cymric is a muscular, compact, medium to large cat with a sturdy bone structure, weighing between seven and thirteen pounds. They have a cobby body, and an unusually rounded appearance. Cymrics have large and full eyes and have widely spaced ears. Unlike that of the parent Manx breed, the hair of a Cymric is medium-long, dense and well padded over the main body, adding further to the round appearance. All colors and patterns that are accepted for the Manx are accepted for the Cymric (though exactly which qualify varies by organization).

In the breed of Cymrics, four different tail types are produced. The "rumpy" is the most valued for cat show purposes, and is the only show cat type in some organizations. This is a cat born entirely tailless. Instead, rumpies often have a dimple at the base of the spine where the tail would be. Next, there are "rumpy-risers". These cats have a short knob of tail that is made up of one to three vertebrae connected to the spine. "Stumpies" have a short tail stump, up to about 1/3 of a normal tail length. Finally, "longies" or "fully tailed" have tails as long or almost as long as an ordinary cat’s. It is impossible to predict what tail types will appear in any given litter.

Cymrics are intelligent, fun-loving cats, and they get along well with other pets, including dogs. Cymrics are very loyal to their humans and enjoy spending quality time with them. As cats go, they can be easily taught tricks. Despite their playful temperament, they are gentle and nonaggressive. However, Cymrics are usually not overly demanding of attention. Cymrics are very playful and are exceptional jumpers. Like Manx, Cymrics are fascinated by water.

Check our listings for Kittens for sale here and click on the links to our breeders below to go to their profile page.  You can also click here to search for Registered Cymric Breeders by location.