Queensland's "Cash for Containers" Scheme Benefits the Environment, Marine Life, and the Community.

Queenslanders will be able return used containers and cans to depots or reverse vending machines in shopping centres and receive 10c for each one they return from 2018.  The National Litter Index showed Queensland was the most littered mainland state in Australia, tossing away 2.4 billion bottles and cans every year.   Litter impacts both our economy as well as our environment, by polluting natural areas which support our tourism and leisure industries. Local governments spend millions of dollars each year on litter collection and illegal dumping cleanups.

According to Greenpeace, Australians use about 14 billion drink containers a year, but only about half are recycled. About one in three or one in four pieces of litter was a drink container. 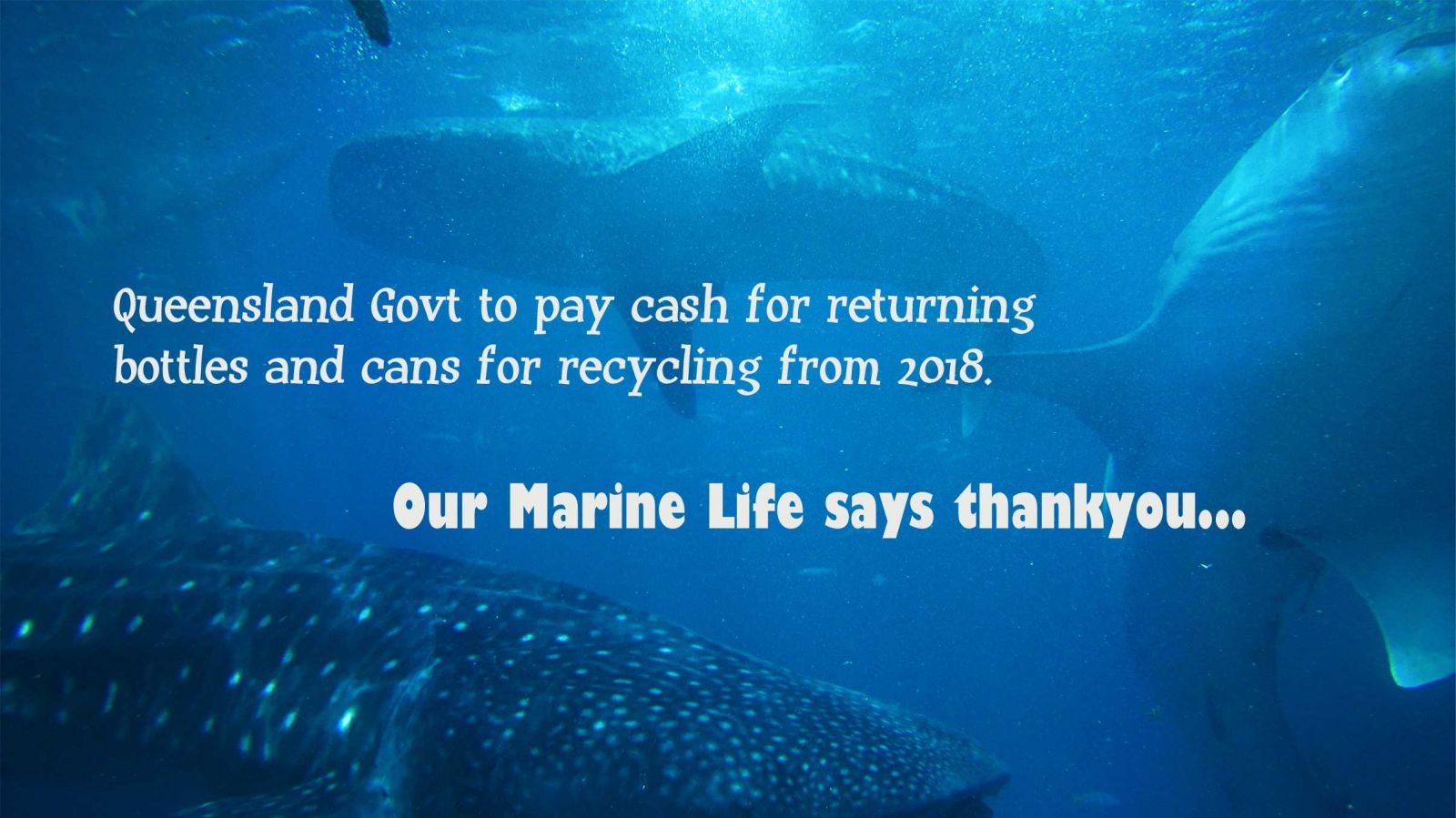 When litter and plastics are dropped on land, rain and flood water carry it into stormwater drains which empty into our creeks, rivers, and eventually oceans.  This litter can accumulate in “gyres” - massive, slow rotating whirlpools.  The largest and most studied of these gyres is the Great Pacific Garbage Patch between Hawaii and North America.

Most plastic never biodegrades, it breaks down into smaller pieces known as micro plastics. Marine wildlife ingest pollutants causing dehydration, damage to internal organs or starvation. The plastics also consist of toxic chemicals which enter the food chain via marine animals and increase the potential for human health impacts. Up to 30% of turtle deaths in Moreton Bay are caused by the ingestion of litter.

The Queensland State Government will introduce the NSW recycling model which includes 150ml and 3 litre containers but not plain milk, pure juice or wine bottles.

Great for Community Groups, the Environment and Marine Life.

Toby Hutcheon, from recycling advocacy group Boomerang Alliance said that similar recycling schemes are used in over 40 jurisdictions around the world, and are proven to slash litter rates, dramatically increase recycling, creates hundreds of jobs in collection and re-processing.  "It is estimated that community organisations in Queensland could share in over $25 million every year from deposits and handling fees,'' he said.

Scout Association Queensland general manager Trevor Ruthenberg said the financial benefits for Scouting were tremendous.  "I know of no other scheme that the whole community can embrace that will not only provide a significant environmental benefit, but will also provide a boost to helping to cover the cost of providing the Scouting program," he said.

Removing this waste from waterways and our precious marine environment is also a critical step towards reducing our negative impacts on one of our most important natural resources.

The scheme has bi-partisan support from the Queensland opposition.