A deaf and partially blind blue heeler led rescuers to a little girl who was lost in rugged bushland in Queenslands Southern Downs.  Three year old Auroa was missing for more than 15 hours after she wandered off on her own on her grandfathers rural property.    Wet weather and darkness hampered the search overnight but more than 100 State Emergency Service (SES) volunteers, police and members of the public were out in force searching for Aurora at daybreak.  Seventeen year old Max the cattle dog led the search directly to the little girl, having stayed with her all night, keeping her safe and warm.

SES area controller Ian Phipps reported that on Friday afternoon Max and Aurora were seen about two kilometres away from the house and that "the area around the house is quite mountainous and is very inhospitable terrain to go walking in, so she'd travelled quite a distance with her dog that was quite loyal to her".

Australian Cattle Dogs are renowned for being intensely loyal.  They form deep attachments and are known to protect family members with their life and without command.  Some owners even call them “shadow dogs” because they follow you, wherever you are, which is lucky for little Aurora. 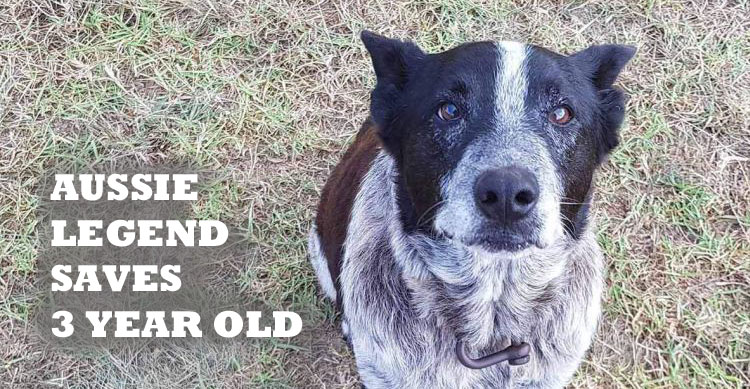