"Yesterday, I experienced an educational moment of Mother Nature doing her thing. It was a lesson in how dangerous a dog-aggressive little fluffy can be... 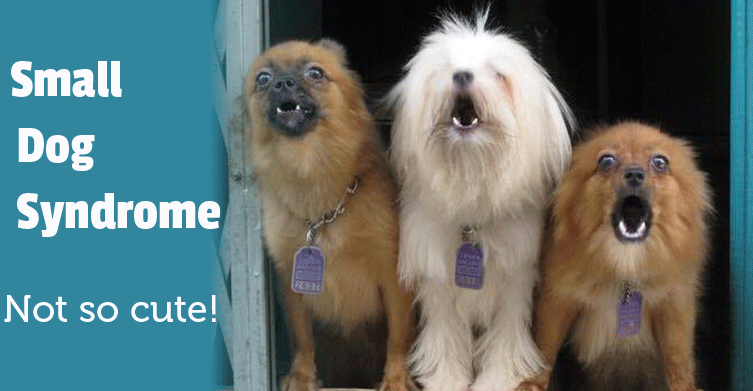 I was on a pack walk and stopped to chat to a random dog person, who owns a small wire-haired Jack Russell, Jaffa. She's the sweetest little thing with humans, but it turns out she thinks she's the Dragon Overlord of the Universe when she sees another dog.

Jaffa had been having a playful time with my small, timid, very gentle Papillion, Tequila. Then she saw a Border Collie and suddenly, she's up on her back legs straining on the harness, barking, shrieking and growling like a maniac.

Because Jaffa and Tequila had bonded, pack drive kicked in and Tequila also lunged at the BC, barking and growling. When the BC ignored them, she redirected her aggression towards Jaffa. Tequila is eight and I've never seen her exhibit anything remotely like that behaviour. It's very lucky they were all on a leash.

This episode lasted no more than seconds, and it was a really beautiful example of canine nature at work. Tequila and Jaffa had become a pack, so when Jaffa observed a (perceived) threat, Tequila joined the fight. It was completely instinctive, because that's what a pack does; It protects itself against aggressors.

Jaffa's owner, a man in his 60s, just looked down at her and said with a smile, "she's always like that with dogs, she thinks she's the boss." He thought it was kind of amusing. I couldn't help myself, of course. I explained to him that as a very small dog, she could get herself killed if she tried it on with a big dog who reacted badly. He just said "oh well, she's two now and it hasn't happened yet, so it probably won't."

I can almost guarantee you—without professional intervention, Jaffa's life will end in tears.  ???? I gave him my card. I really hope he calls."