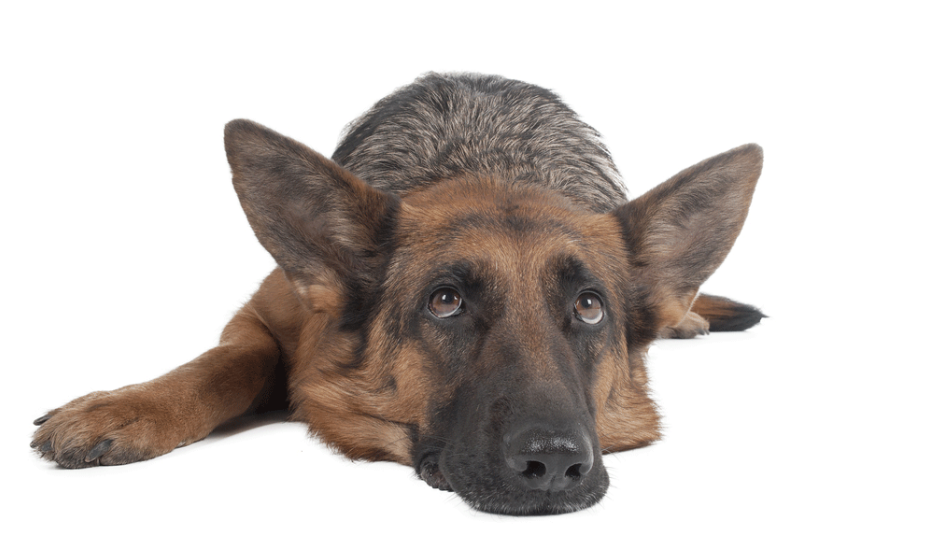 The German Shepherd Dog (GSD) was originally bred in Germany in the 1800s as a working sheepdog; hence the name. The best bred GSDs were loyal, highly intelligent and naturally protective. However, backyard breeding and poor breeding standards since the late 1990s (supported by the various international kennel clubs) have resulted in a change for the worse in both health and temperament. The modern GSD is prone to severe hip dysplasia, anxiety, general nervousness and both fear-aggression and dominance-aggression. Be extremely careful in your choice of a breeder if you are intending to purchase a GSD puppy.

In the book The Intelligence of Dogs, German Shepherds are ranked third for intelligence, behind Border Collies and Poodles. According to the book they are able to learn simple tasks after only five repetitions and will obey the first command 95% of the time. Together with their physical strength, their intelligence, and ability to interpret instructions better than other large dog breeds makes them highly suitable to work with search and rescue, police, and guarding.

Well-trained and socialized German Shepherd Dogs have a reputation as being very safe, but they have certainly suffered from image problems.  Historically there has been problems with temperament and biting.  In the US, a 1996 source suggests that German Shepherds were responsible for more reported bitings than any other breed, and a tendency to attack smaller dogs was noted.  Australian statistics in a 1999 report showed that German Shepherds were the third breed most likely to attack people (in some locations).    Good breeders have done a great deal of work to improve temperament. A gene for fear biting had crept into the breed and affected dogs were noted to be timid, and when frightened had a tendency to  bite people.

Well bred German Shepherds are known to be affectionate, intelligent dogs and loyal to the point that they are willing to do anything for the people they love including sacrificing their own lives. German Shepherds adore their family.   While they are great with children they shouldn't be left alone with small children and should always be supervised - mainly because they can be quite boisterous.

German Shepherds are the kind of dogs that would take a bullet to protect their owner. There are numerous heroic stories about German Shepherds, either while on duty or in normal daily life.

Check our listings for Puppies for sale here and click on the links to our breeders below to go to their profile page.  You can also click here to search for Registered German Shepherd Breeders by location.

German Shepherd Dogs can be prone to health problems such as haemophilia and elbow and hip dysplasia ( a crippling disease of the hind legs). The GSDL has Breed Improvement Schemes that are designed to reduce the incidence of diseases with possible genetic links. The A clearance means that the puppy is of a quality acceptable for breeding.  If you are interested in buying a German Shepherd puppy you should ask if the parents have been breed surveyed and checked for hip problems (by x-ray).  Also ask to see the certifcates to make sure the puppy will be free of these health problems.

Dogs
We have been breeding for many years, hate to think how many, but over the ... read more
Gatton, QLD
Ambala - German Shepherd Breeder - Sydney, NSW

Dogs
We have been breeding and showing since 1995, for dogs that can perform the ... read more
Ballarat, VIC
Gewalt German Shepherd Breeder - Adelaide, SA

Dogs
A family hobby breeder, our dogs are all part of our family and sleep in the ... read more
SA
Glenbala German Shepherd and Border Collie Breeder - Goulburn, NSW

Dogs
We are selective breeders and only use quality dogs and bitches. We do this to ... read more
Queanbeyan, NSW
Iccara - German Shepherd Breeder - Perth, WA

Dogs
Many of our dogs have achieved their Australian Championship titles with the ... read more
Childers, QLD
Maxdawn German Shepherd Breeder - QLD

Dogs
PLEASE NOTE : WE DO NOT HAVE ANY PUPPIES OR ANY DOGS FOR SALE AT THIS TIME.  ... read more
Sydney, NSW
Sabaranburg German Shepherd Breeder - Perth, WA

Dogs
We are a small breeder located in Karnup. Our much loved puppies are reared in ... read more
WA
Shepwest German Shepherd Breeder - Tweed Valley, NSW

Dogs
Vondoussa Kennels was started in 1996. It is a smaller kennel on which we ... read more
Lewiston, SA
Wohlstand Kennels - German Shepherd Breeder - Perth, WA